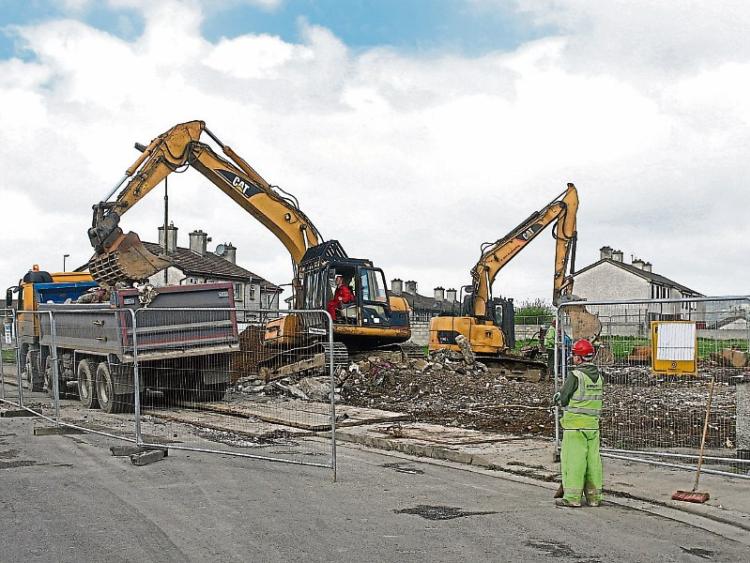 NEARLY €400m has been spent on Limerick Regeneration, yet only 269 homes have been built in the city’s most disadvantaged communities since the advent of the programme in 2008.

Limerick City and County Council has knocked 1,091 houses in Moyross, Southill, Ballinacurra Weston and St Mary’s Park—building one house for every four demolished in those 12 years.

Limerick Regeneration was established in 2008 in response to a rapid escalation of depravation, gangland violence, and spiralling socio-economic decline in these four areas.

To date, approximately €397.4m has been spent on physical, economic and social developments in Regeneration communities.

In September, The Limerick Leader sought this funding breakdown of annual funds drawn down by the council for Regeneration since 2014, in addition to a breakdown of costs and projects for 2019 and 2020, under the Freedom of Information Act.

However, on September 25, the Department of Housing, Planning and Local Government wrote to this reporter, prescribing a fee of €400 for the search and retrieval of this information.

“After careful consideration and consultations, I estimate that the services of three staff members for 20 hours will be the minimum amount of time required to efficiently complete the ‘search and retrieval’ work on your request,” the department official said.

Green Party TD Brian Leddin sought the same information via a parliamentary question, which he received on October 20.

Minister Darragh O’Brien said that “good progress” has been made on the implementation of the Regeneration plan, outlining the annual breakdown of the programme since 2014.

Though he was not specific with the projects that were being funded in 2019 and 2020, projects include “construction projects, thermal upgrades and refurbishments, social and economic initiatives, acquisitions, environmental works and CCTV”.

“Limerick City and County Council will continue to submit claims on an ongoing basis to my Department for the remainder of the year,” he said in his response to Deputy Leddin.

A spokesperson for the council told this reporter that 150 units are underway, including 30 in Cosgrave Park, 20 in Cliona Park, eight on Sheep Street-Athlunkard Street, two at Churchfield, 27 units at the Orchard site, and 27 in Dalgaish Park.

The spokesperson said that the Covid-19 pandemic halted essential work, including thermal upgrades and refurbishment works at homes in Regeneration areas.

“The Thermal Upgrade programme is carried out on occupied houses. In order to prevent spread of the virus between contractors and occupants, live contracts paused and surveys to prepare tender documentation could not be carried out.

“With respect to larger capital projects, site commencements were delayed and consultant resourcing issues had a knock-on effect in the delay of information production.

“While there were delays, this was only by months and the programme has regained its pace,” the council spokesperson said.