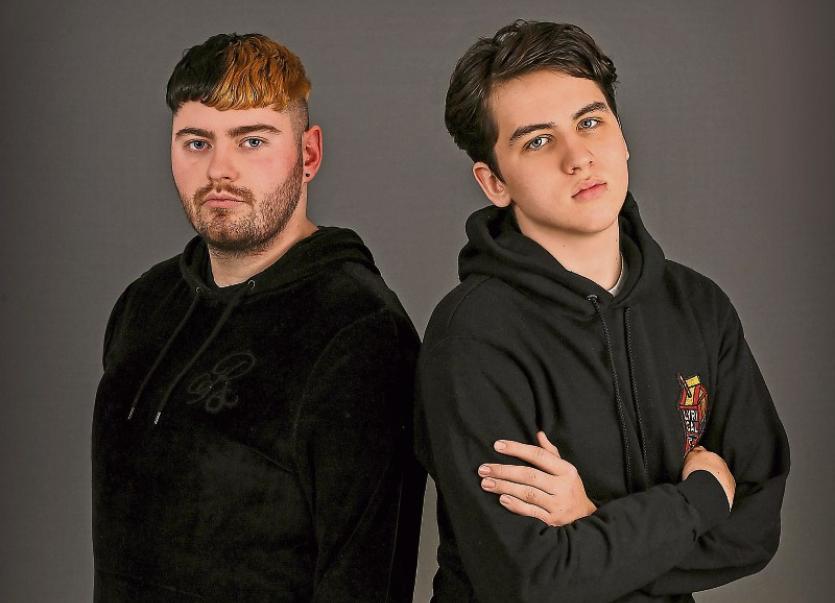 Limerick music producer Luke Culhane has teamed up with Ger O' Hanlon, a singer/songwriter from Cork and released a brand-new song called, Prisoner, all about life during Covid-19.

Seventeen-year-old Luke is an expert when it comes to creating content and is an award winning filmmaker who was awarded Limerick Person of the Year in 2016 and was dubbed ‘Young Person of the Year’ by a prominent French newspaper Mon Quotidien for his global video campaign against bullying called #CreateNoHate.

His interests have recently turned to music production and, like many of his other projects, he has thrown himself in head first and really emerged into being the best music producer he can be.

Gerard O’Hanlon, known professionally as GER, is a 21-year-old singer/songwriter from Millstreet, Cork. In June 2020, GER released his debut single, To Be with Him, as an anthem for Pride month and it debuted at No. 1 on the Irish iTunes Top 100 singles and the Irish iTunes Pop singles and received many great reviews from music blogs and radio stations around Ireland. His second single also hit No. 1.

Prisoner was inspired by the current Covid-19 pandemic. The song is produced by Luke and this is their message to the Irish people and to the Government to keep strong and take more responsibility as the new level five lockdown comes into place once again.

Ger said, "Over the last 7 months of lockdown, it really showed me a new side to the people of Ireland and our government. I’m not one to get political and usually stay away from all of that, but to be honest I just couldn’t stay silent any further. This song is a message to the Irish government and its people to do better.”

Luke said, "We are a voice for young people and all people in Ireland. Ger really wanted to have our voice heard and we think this song best represents the frustrations we are all feeling right now going through this pandemic."