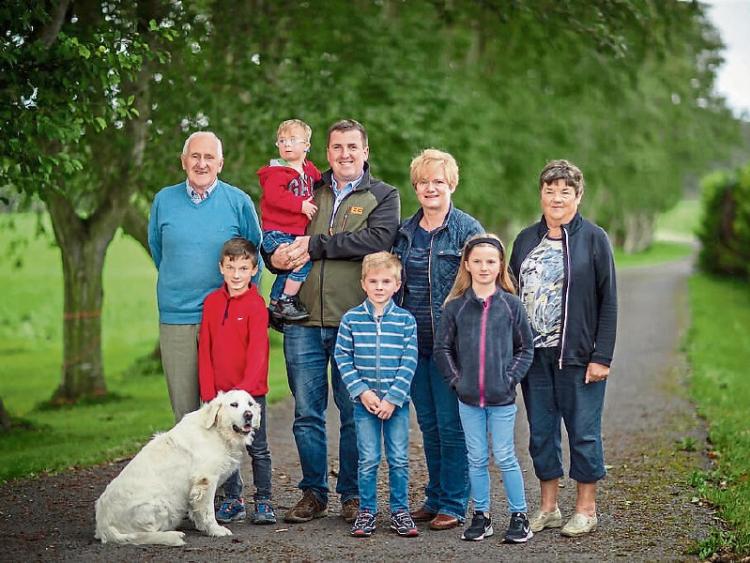 THE winner of the “Oscars of the Dairy World” will be announced during the Late Late Show this Friday night.

And County Limerick has a nominee in the “Best Farmer” category with Fiachra and Mary Liston, Banogue.

The awards, dubbed the “Oscars of the Dairy World”, acknowledge and celebrate the highest standards of excellence in dairy farming with a focus on milk quality, animal welfare and sustainable farming practices.

Every year, the finalists gather with their families and are celebrated at a very special awards ceremony in Dublin. Given this year’s Covid constraints and to ensure the achievements of these families are recognised, the finalists will be showcased, and the winner revealed during a three-minute special extended ad break of the Late Late Show on RTÉ One television this Friday night, October 30.

The Liston name is one that rings out in County Limerick. Fiachra’s grandfather, the late Ned Liston, was a progressive farmer and a founder member and chairman of GVM. Fiachra’s dad, Aidan, continued that farming tradition and also chaired GVM.

The family legacy is in safe hands with Fiachra and Mary. They have four children - Matthew, Caitlin, Aidan and Edward. Last year, Fiachra was named as the 2019 Zurich-Farming Independent Farm Safety Farmer of the Year and was shortlisted finalist in the dairy category.

The Listons were nominated by Kerry Agribusiness Co-op.

“Small things are important in the running of a farm – it’s a team operation,” said Fiachra, who adds that, “My wife Mary supports everything I do”.

“Once you learn you can’t do everything yourself, it’s a big step,” he says.

John Jordan, CEO Ornua said it is now more important than ever to acknowledge the community of farming families who have worked really hard and shown great resilience in keeping quality, nutritious dairy in our fridges despite the unprecedented challenges of 2020.

“As a nation, we should be incredibly proud of our dairy industry – our grass-fed produce is revered all over the world and it is incredibly fitting that these families will be celebrated nationwide during the Late Late Show,” said Mr Jordan.