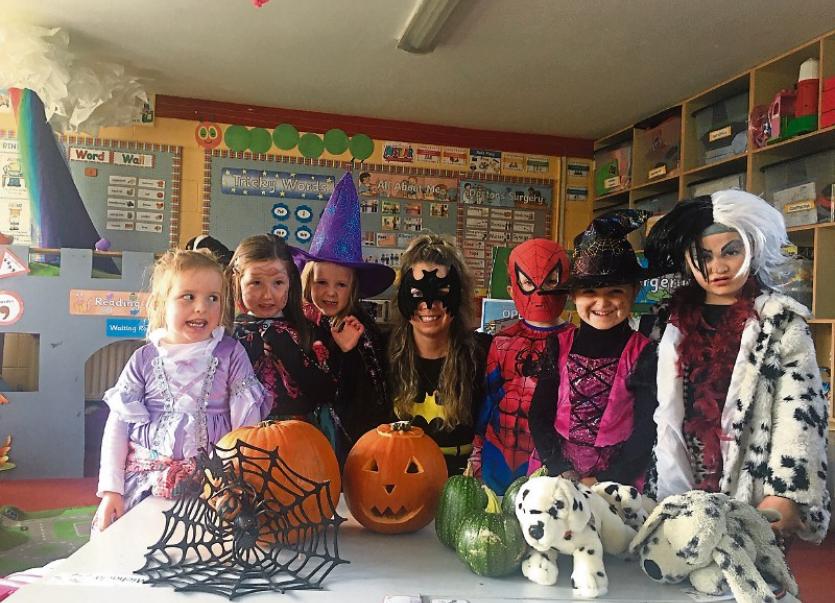 AFTER the strangest school term in living memory, every child in County Limerick has been looking forward to Halloween.

But the boys and girls in Castleconnell National School have been waiting patiently since June!

In the height of summer under lockdown, junior infants teacher Grainne Greene came up with the idea of planting pumpkins. It whetted the children’s appetite for some spooky goings-on in late October.

Ms Greene – true to her name – says she tries to plant something every year to show her pupils.

“I said it was something I can do and then be able to show the children through lockdown the progress the pumpkins were making.

“I was at home in Miltown Malbay because of lockdown so I had to do it through pictures. It was pretty easy as they grow so fast. They leaf, then they flower, then they begin to grow and you could see the progression,” said Ms Greene.

Despite the physical distance, the teacher was in close contact with her little ones.

“I put the photos up on an app called Seesaw. I could put up activities for them to complete on it and then any work they completed or pictures or anything fun they saw out on a walk they are able to post them. It is like an interactive online portfolio for each child,” said Ms Greene.

Despite their tender years it also helped her junior infants understand that this strange time too would pass and to look forward to the future.

Normally it is the children that learn from their teacher but in this case Ms Greene said she learnt “an absolute bundle”.

“The pumpkins were green. I was wondering why they hadn’t turned orange. It is actually the sunlight and heat that turns them orange. It is a learning curve. I’ve had them in the windowsill to see will they change colour.

“We have three small-sized pumpkins in the school. There is a lot to work on for next year!” smiled Ms Greene.

But the children didn’t care as they love anything to do with Halloween. It was last year’s junior infants that Ms Greene was communicating with so this year’s class are the ones who have “reaped” the rewards. However, in September the senior infants asked her about how their pumpkins were getting on.

“We have learned so much that we will have bigger ones next and plant them in the school grounds. We have saved the seeds from pumpkins other classes have carved and we will plant them earlier in the year,” said Ms Greene.

On the Friday before mid-term break, Ms Greene and all her junior infants dressed up. Other classes were surely green with envy at their very own home grown pumpkins!