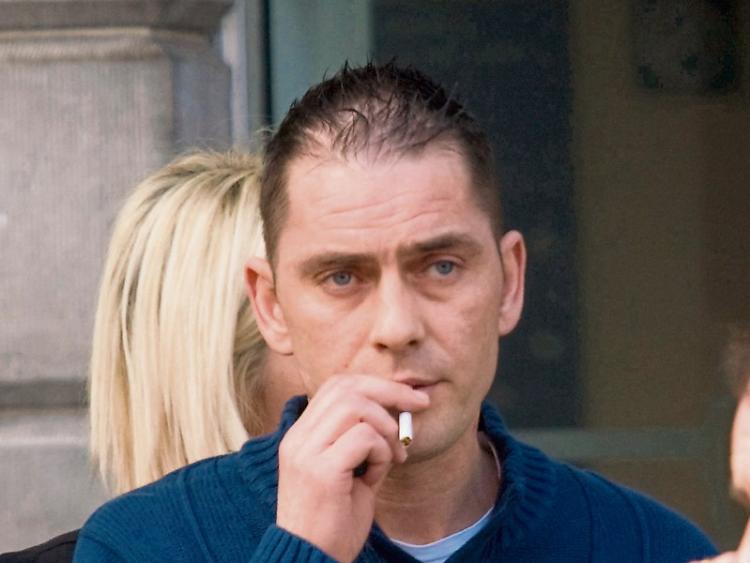 A CONVICTED murderer who was sentenced to life imprisonment earlier this month has been jailed for drug dealing.

Mark Crawford, 43, who most recently lived at Quarry Road, Thomondgate pleaded guilty, more than a year ago, to possession of a significant quantity of heroin for the purpose of sale or supply.

Details of his guilty plea could not be reported until now because he was awaiting trial before a jury at the Central Criminal Court.

He was sentenced to life imprisonment on October 2 after he was convicted of murdering of Patrick ‘Pa’ O’Connor at Fitzgerald’s Bar, Thomondgate in July 2018.

During a sentencing hearing in relation to the drugs offence, Sergeant David Godfrey said heroin worth €24,000 was seized during a garda operation in O’Malley Park, Southill shortly before 9pm on May 23, 2016.

He said the defendant was observed leaving his then home and travelling to a nearby derelict house where he was observed hiding something in a broken wall before returning to his home.

The derelict house was subsequently searched and four sealed packets of heroin were recovered.

A quantity of cash was also recovered but this could not be forenscially linked to Mr Crawford.

Imposing sentence, Judge Tom O’Donnell noted the defendant had cooperated with gardai following his arrest and that he admitted he was actively involved in the sale or supply of heroin.

During interview, Mr Crawford also admitted that he kept a fire burning in his home at all times to enable him to quickly dispose of any drugs were gardai to arrive at his home.

Recounting the evidence of Sgt Godfrey, the judge noted that nine people had called to the accused man’s home “to buy drugs” earlier on the same day – prior to the garda search.

He also noted how the house where he was living had a fortified front door and an “elaborate cctv system” installed.

The judge said it was an aggravating factor that Mr Crawford has nearly 40 previous convictions, including a number relating to the sale and supply of drugs.

“He was an active supplier of drugs,” he said, noting the evidence that the heroin was being “tagged and bagged” and processed for sale.

He said he was satsified what occurred on the day was “not an isolated incident” and  he commented that it was an aggravating factor that he was selling drugs in “broad daylight”.

“He bears the highest level of culpability,” he said as he imposed a five-year prison sentence which will be served concurrently to the life sentence.

The drugs seized are to be forfeited and destroyed.