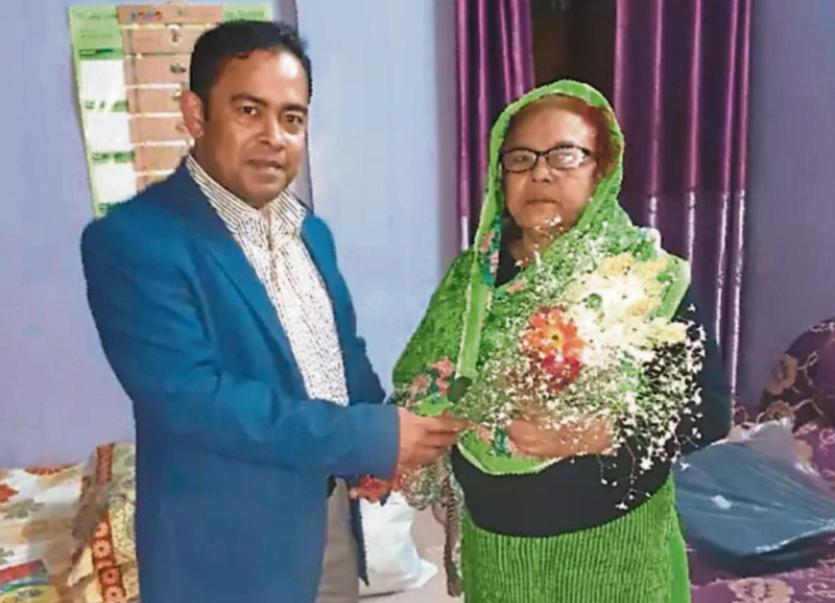 LIMERICK’s deputy mayor is self-isolating after he and his wife both tested positive for Covid-19.

Limerick City West councillor Azad Talukder and his wife Shahana both received the news they had contracted the disease over the weekend.

“On Friday, I felt a bit sick, but I thought I was going to be ok. But on Saturday, I felt ill again, so I called ShannonDoc. They asked me to go for the test. So I attended the [test centre at the] Gaelic Grounds the same day where a test was organised,” Cllr Talukder explained.

The bad news came the following day, but the Fianna Fail man says he is feeling upbeat, and paid a tribute to all healthcare staff and front-line workers in Limerick.

“I’d like to take this opportunity to thank the front-line workers, especially at the Covid-19 test centre for their very friendly and very quick service,” he told the Limerick Leader.

Cllr Talukder described the feeling of Covid-19 as being “similar to the flu”.

The diagnosis comes off the back of the heartbreak of the councillor – who became the first Muslim politician in Limerick last year – losing his mother Momataz to a heart attack.

Due to the Covid-19 pandemic, he was unable to fly to be by her bedside in his home town, the Bangladeshi capital of Dhaka, nor attend the funeral of his mum, who was 70.

Instead, he had to watch the funeral thousands of miles away on a computer screen while self-isolating in Limerick over the weekend.

“It was very very hard. I remember when my father DH died in 2011. That time, as soon as I heard, although I was working, I was able to be on a flight home the same day. The situation was so different. But because of Covid-19, things are so much harder now. We just have to understand this is the way of the world right now,” the councillor added.

Paying a warm tribute to his mum, Cllr Talukder said: “​Like anyone, my mother is more important to me than anyone in the world.”

Unlike many women in southern Asia, Cllr Talukder said his mother Momataz was high-profile, and well respected in business.

“My mother was a bit different. If you are born in Asia in the age she was, women would normally stay home and look after the family and kids. But my mother was out and about, running her own business, and doing a lot of charity work in the community. She was a very strong lady, both mentally and physically,” he said.

Momataz was the landlady to a number of retail outlets in downtown Dhaka, and also did a lot of work for some of the poorest in society.

Cllr Talukder recalled: “She used to work for the community, especially for the poor women in our area. She did a lot of work for human rights.”

“A lot of people have contacted me by telephone, and said she was a very strong lady, an example for all the people in our area. We are so proud of her, and what she did for the community,” he concluded.

Cllr Talukder – known to friends as Jackie – received the heartbreaking news while he was out doing his normal work as a public representative, helping to assist a city centre family.

Due to the extreme travel restrictions in place in a bid to halt the aggressive spread of Covid-19, the deputy mayor said in order to fly to Dhaka, he would have had to quarantine on arrival. He’d also have needed a gap of 17-hours to complete a Covid-19 test in this country before departing.

May Momataz Talukder rest in peace.