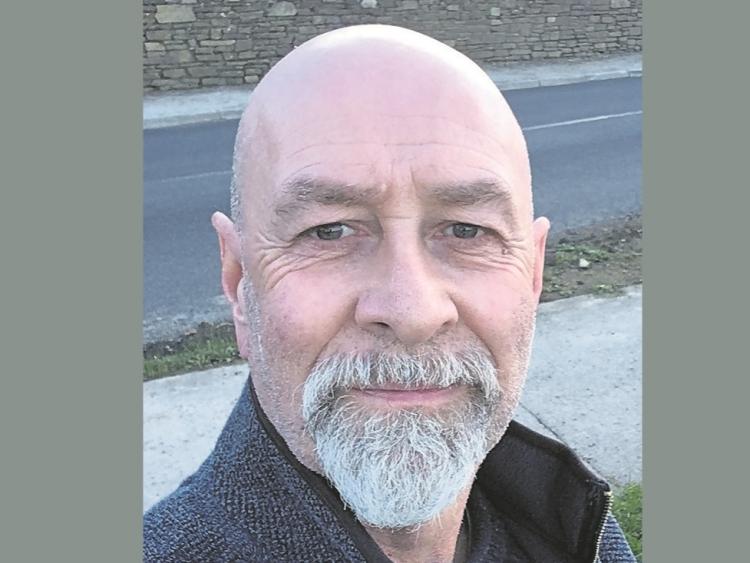 Kieran Beville’s latest poetry collection Soul Songs begins with a question in the form of the poem ‘Always?’ The poem itself is a series of questions which culminates with the biggest question of all: ‘What I ask, am I, to do?’ It places the poet and the reader very much in the moment at this particular point in history.

Not surprisingly the poet and the collection are very much grounded in the here and now, with poems as up-to-date as you will find anywhere, such as ‘America, You Do Not Own the Moon’, written in the wake of the killing by police in Minneapolis of George Floyd, and ‘Angel of Death (Covid-19)’ written out of the recent and ongoing public health crisis which has impacted on us all. But Beville understands that the present, and therefore any potential future, is shaped by what went on before, and for this reason memory plays a major part in how the poet and the speaker in these poems addresses the current state of affairs, both private and public.

The title Soul Songs carries many connotations, black American 1960s music and the passion with which it was performed immediately springs to mind. Soul music grew out of the emotional core of the Blues and reflected the experience of hurt and love equally. These feelings are apposite here. But this is not song, this is poetry and these poems are lyric poetry in the true sense of the word, heartfelt emotional outpourings of the poet’s soul. Inevitably a lot of the poems are concerned with love and hurt, the memory of love and the hurt following the loss of love. As I read these poems I was reminded of Yeats, which is always a good thing: ‘A pity beyond all telling / Is hid in the heart of love:’ (The Pity of Love). I was also prompted to consider William Blake and his Songs of Innocence and of Experience, and how he uses the lyric form to create a panorama ‘shewing the two contrary states of the human soul’.

In Soul Songs we have poems of innocence such as the touching memory in Brothers that ends:

‘We bickered until the receding tide took our ball.

Or the bracing invigoration of a dawn climb to the summit of a mountain in ‘Perspectives’:

in the dim metallic light.

rhythm of the bodhrán.’

Or, again, the promise of love in ‘She’:

lifting her head slowly towards the sun.’

Beville has obviously lived a full and interesting life and many poems here are fuelled by memory, meticulously reimagined and scrupulously wrought with a fine ear for the music of experience. Love arrives is all its beauty, reflected in the metaphor of the moon in ‘Blushing Moon’:

‘Then you came blushing into my night

and spread before me

the constellations of the sky

illuminating pathways to another destiny.

And I have come to love

the beauty that you etch in silver filigree.’

Sometimes the lyrical purity reaches its height in the shortest poems, as is the case with ‘Glory’ which I quote in full below:

‘The saffron sky beholds its glory in the mirror lake

where dreams stretch their wings

and stir before the silhouetted trees are dressed in light.

When spoken words are not enough

I will sing to the rhythm of your flight.’

This collection is concerned with love, as it was, as it is now and as it could be in the future.

In ‘Le Parisien’, even in that most romantic of cities, there is already a sense of an ending, a worry that things are impermanent, even though, ‘In the morning she stirred the ashes of his soul to flame / and he burned for her again.’ The poem ends ominously, with the couple apparently absorbed by very different concerns:

‘While he was reading Whitman’s Leaves of Grass

she was simply hoping that their love would last.’

At times the short line can be abrupt but powerful as is the case in ‘Quenched’. Another short lyric, this time using the image of a quenched candle to represent lost love:

distant in the cold sky

that I lit in prayer.

And the scroll of smoke

from your quenched love

lingers in the air.’

Despite the vagaries of love and life there remains a belief and a hope for the future which shines through in poems like ‘Morning’ and ‘Spring Evening in Lockdown’. In ‘Morning’ the sun is personified, ‘pulling back the curtains of the night, / not like a servant but confidently, as a wife. / Wondering why I rise before she greets me with a kiss’. In ‘Spring Evening in Lockdown’, one of a number of poems written out of the current pandemic, Beville finds strength while living under the constraints imposed. It ends with these stirring lines:

‘I have cast off the old like serpent skin

This too is a new start

Soul Songs also contains comments on the work by American born, Clare based poet Knute Skinner. The Cover image is ‘The Sound of Burnt Ochre’, a painting by English born, Kerry-based artist Syra Larkin and the illustrations are by artist Kathy Tiernan.

Kathy is a founding member and co-ordinator of ArtLimerick, a group of artists who have the desire and passion to build a community around Limerick Art and aim to promote emerging and established local artists and to showcase their work. As such, Soul Songs is a collaborative project showcasing contemporary Limerick art and literature.

Whether the mood is contemplative, yearning, hopeful or humorous (as in the poem ‘Bazaar’), Beville fixes a clear eye on his subject and brings a finely honed measure to his craft.

He is at home in the natural world as much as in the world of politics and social affairs. He has a keen eye for image and his ear is attuned to the rhythms of language. But most of all he celebrates our shared humanity in this collection as he sings the contrary states of the human soul. I encourage all poetry lovers to take some time to savour his Soul Songs. 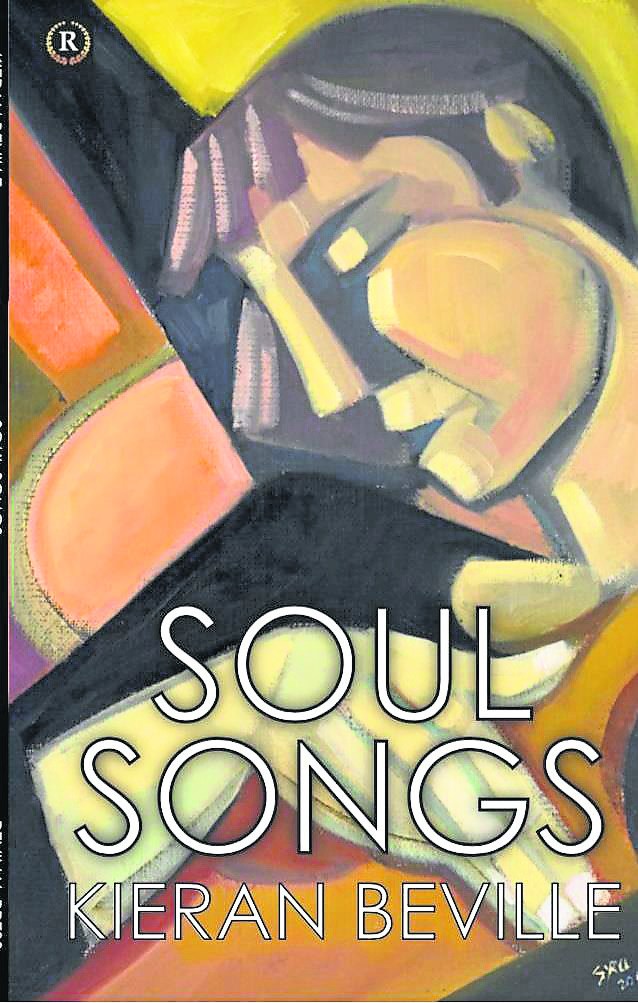 The work is published by Revival Press.