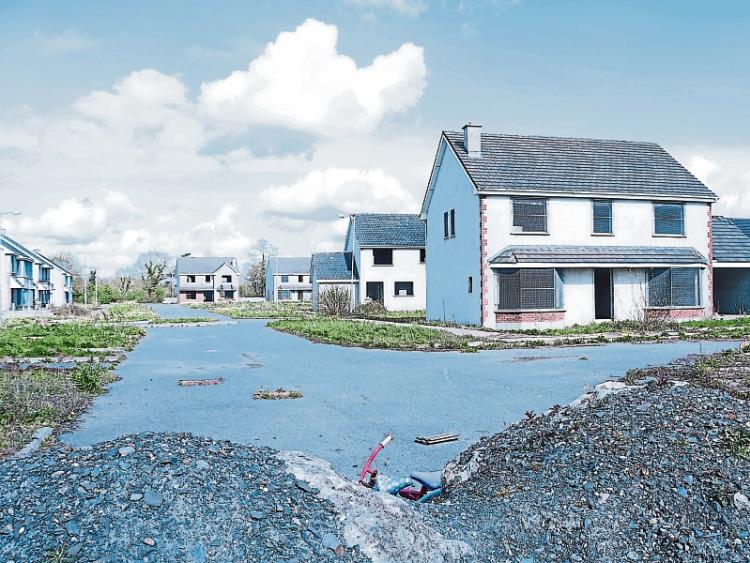 Ballywilliam Estate, Rathkeale - Limerick City and County Council has begun the process to CPO 33 houses in the unfinished estate

Limerick City and County Council has signalled a significant step up in its efforts to tackle dereliction in Rathkeale with the publication of 37 Compulsory Purchase Orders notices for sites in the town.

The notices relate to 33 houses in an unfinished and unoccupied housing estate at Ballywilliam, Rathkeale that has been derelict for several years, as well as buildings in Main Street and Lower Main Street in the town.

This is being viewed as a pilot project nationally and was the largest sum awarded to any project in the funding call.

Since setting up a dedicated Derelict Sites department just over two years ago, the local authority has become one of the most proactive local authorities in the country in dealing with vacant and derelict property.

Over the past two years, it has begun the process to CPO around 100 sites across the city and county – including the site of the proposed Horizon Mall in Castletroy which has since been resolved.

Commenting on the work being done, Gordon Daly, Director of Community Development with Limerick City and County Council, said: “The quality of life available in our smaller towns and villages and the increased opportunities to work from home creates a strong opportunity to use vacant and derelict properties as affordable housing and help regenerate our town and village centres.”

The local authority says it is fully committed and resourced to see through a comprehensive action plan to deal with dereliction right across the city and county.

“We would strongly encourage owners of derelict properties to act. Tackling dereliction is a priority for the elected members of the Council and the communities they represent including tidy towns groups and other community development organisations,” said Mr Daly.

The council has confirmed it will commence the compulsory acquisition of a number of other derelict properties at locations in the city and county over the coming weeks.

In relation to Limerick city centre, Mr Daly pointed to the significant public and private sector investment underway in Limerick. “In order to further drive the regeneration of the city it is essential that there is a robust approach to dealing with derelict properties in tandem with this investment,” he said.

Details of the CPO notices will be published later this week at www.limerick.ie