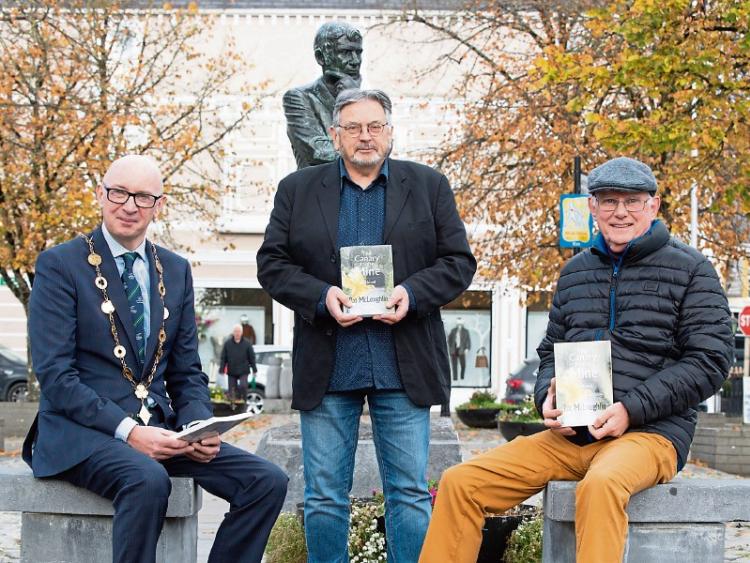 Mr McLoughlin, a long-running notes correspondent for this newspaper, has teamed up with the Limerick Writers Centre to bring out his maiden novel.

Entitled The Canary in the Mine, Mayor Michael Collins was also on home turf to launch the piece.

While this is Pat’s first novel, it’s not his first book. His two previous collections of short stories To Weave with Words and From Head to Tale proved very popular and were sold out within weeks of publication.

While the previous launches were attended by hundreds of people, this one, because of the Covid-19 restrictions, took place outdoors and as such, was only attended by a small number.

The novel charts the ups and downs of a diverse collection of Irish emigrants who come together in 1950s London.

Some are there out of economic necessity while others are there to escape from the claustrophobic society that was Ireland at that time.

Although born in Newport, County Tipperary, Pat has lived in Newcastle West for almost 50 years.

Like his two previous books, the proceeds from Pat’s novel will go to local charity.