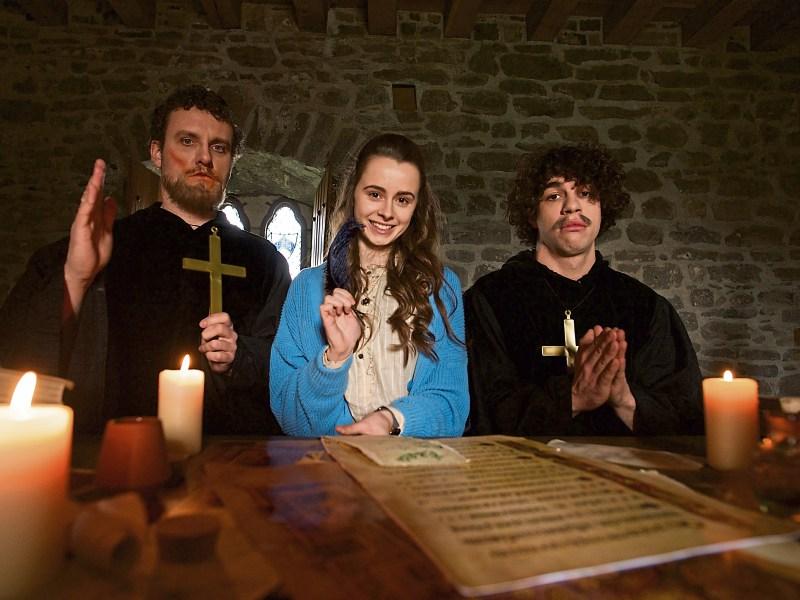 This week many of us wouldn't mind having the ability to time jump through Irish history.

Well that's exactly the role Cappamore native Eleanor O’Brien gets to play in the RTÉ children’s show Blasts From The Past,

Eleanor plays a teenage girl named Emily Blast who can time jump through Irish history with the help of a unique time surfer app called TESSA.

Blasts from the Past is an original and entertaining comedy drama series for children that pokes irreverent fun at the whole tapestry of Irish history. It's a fun filled, fast paced series that offers children a quirkier version of Irish history to the one they get at school.

In the first episode, pirate queen Grace O’Malley is seeking her pardon in London but a missing crown means her life is in danger and only Emily can save the day.

Eleanor has previously appeared in RTÉ soap Fair City as Harmony Collins and as Sheila O’Neill in The Last Right.

“I was always doing things in college that weren’t necessarily related to teaching but were mostly to do with being onstage and theatre,” she said.

After finishing her time in MIC and MIDAS, Eleanor enrolled in Bow Street Academy for Screen Acting in Dublin. Eleanor was interested in discovering a side of acting she didn’t explore during her time in theatre. “Bow Street is all about screens. So it was very interesting to go from a theatre background into a screen background.

“It was a very different medium altogether. There’s nothing I could compare it to because they’re both under the same umbrella but structured differently.

“I went from rehearsing a play for five or six weeks and then putting the show on, to shooting scenes on a set that wasn't in chronological order. You had people doing your hair and makeup, it was really different,” Eleanor said.

She auditioned for a role in Fair City after her time with Aisling Ghéar Theatre Company.

“My sister told me not to put on an accent, so I didn’t. Thankfully I got a call later that day and they told me I got the part, which was great.

“I was there for nine months and it was very interesting to see how TV sets worked,” Eleanor said.

Eleanor has featured in The Last Right and Date With Misadventure since leaving Fair City. The kids show will broadcast on RTÉ 2 at 4pm this Monday.