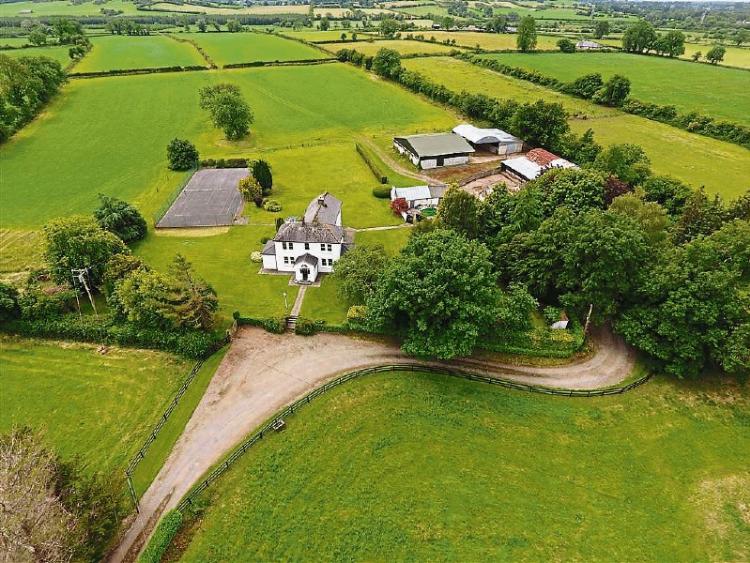 THERE aren’t too many homes in County Limerick that come with a tennis court and a cattle shed.

One such property is Killonan, Ballysimon. It is ideal for those who enjoy playing a forehand and raising a forerib of beef.

The five bedroom house is set on 50 acres of prime Limerick land. It was brought to the market in July by GVM group property director, Tom Crosse.

This reporter noticed a sale agreed sign had gone up while driving on the N24. When contacted by the Limerick Leader, Mr Crosse confirmed a deal has been struck in recent weeks.

While remaining tight-lipped on the exact details, Mr Crosse did say it attracted a lot of interest from both the farming community and business people.

Was he surprised at the level of interest in a property being guided at €800,000?

“I think it reflects the strong property that it is. It is a very classy property in a strong location that was deserving of a good price. I can remember admiring it as a young fellow coming to Limerick in an Austin Cambridge car with my mother many years ago,” said Mr Crosse.

It is believed a Limerick city-based businessman is the new owner.