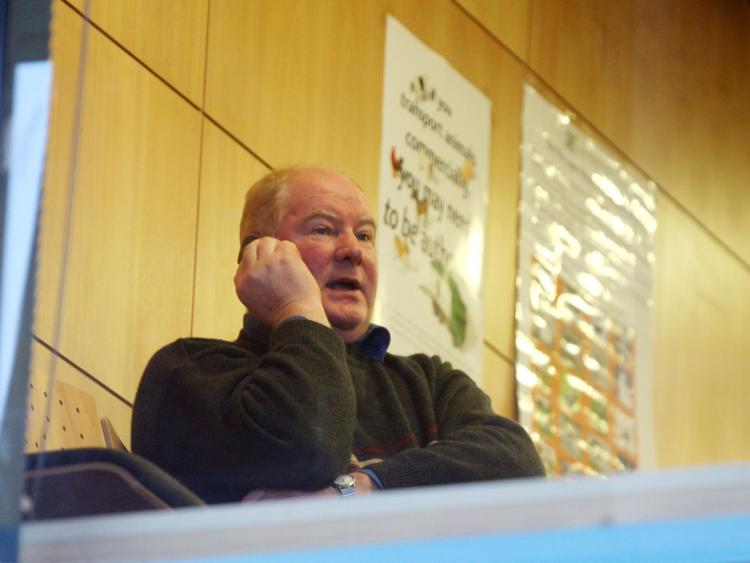 IF EVER there was a man you wanted in your corner it was Donal O'Brien.

The Pallaskenry man had the heart of a lion and would fight tooth and nail for what he believed in. Tributes have been paid to Donal who passed away peacefully at home, surrounded by his loving family on Sunday.

Donal stood up for farmers for decades. When it came to a protest in Limerick, Dublin, wherever, you could always count on Donal. He staged a number of sit-in at Department of Agriculture offices. Even when his health was declining Donal would man the barricades.

Limerick IFA chairman Shay Galvin said he was a "warrior for farmers".

And it wasn't just farmers that Donal stood up for. He devoted so much of his life to helping others. Kildimo Development and Munster Medics are just two big examples.

A fine, big, strong man on the outside but inside he had a heart of gold.

Mr Galvin said Donal put up a brave fight against probably the most aggressive type of cancer you can get.

"He battled away, kept going as normal right through his treatment. He was never one to stand back from any challenge and he never stood down from the challenge from cancer either.

"He was a warrior for farmers. He locked himself in the Department of Agriculture on a number of occasions. He was always fighting for fairness for farmers," said Mr Galvin, who on behalf of Limerick IFA expressed his sympathies to Donal's wife Marie and family.

"Donal will be sorely missed at meetings whenever meetings return to normal. He was always very vocal about his beliefs and he always put farmers first," said Mr Galvin.

Donal was heavily involved with the Kildimo IFA branch and Limerick IFA. He was a former Limerick IFA livestock chairman.

"He gave an awful lot of time to all communities and not just farming," said Mr Galvin, citing voluntary groups and community organisations.

On behalf of the Limerick Beefplan Movement, Mr Moloney offered his sincere condolences to the O'Brien family.

"Over the years Donal devoted a great deal of time to fighting for farmers rights. He was actively involved in the farm protest outside ABP Rathkeale in September 2019. The resilience and determination Donal showed in the cause of beef farmers at the Rathkeale factory protests was above and beyond the call of duty.

"Difficulty with his health forced him to leave the protest temporarily but within a short period he was back on the gates again. This at a time when farmers were threatened with injunctions if they continued to protest. Such was his conviction and belief in the cause. Donal will be a big loss to the farming community. May he rest in peace," said Mr Moloney.

Requiem Mass will take place on Wednesday, at noon in St Joseph's Church, Kildimo followed by burial in Castletown Graveyard, Pallaskenry. Family flowers only. Donations, if desired, to the Mid Western Cancer Foundation.

Please adhere to Government guidelines regarding social distancing and restrictions. Messages of sympathy may be expressed through the condolences section on rip.ie