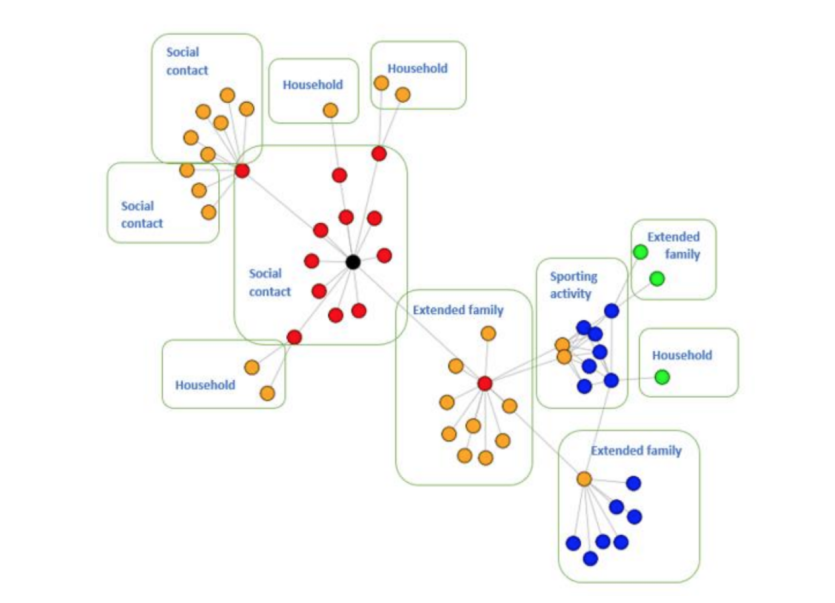 A MAN who failed to restrict his movements after travelling abroad was the index case behind a superspreader that led to 56 people being infected with Covid-19 in the Mid-West region.

That is according to an in-depth report by the Department of Public Health in the Mid-West, outlining its response to the Covid-19 pandemic which has infected more than 3,000 people in Limerick, Clare and Tipperary.

The report stated that the man had returned from his holidays, but did not restrict his movements as per the HSE guidelines.

“He had mild symptoms including a runny nose and a mild sore throat. He checked his temperature and it was normal. He felt reassured by this and socialised with a group of friends,” the report stated.

If you’re on the go and would like to listen to my report on the 56-case superspreader in the Mid-West...

The man later tested positive for the virus, but had already infected a number of his friends at this stage. Three of these friends infected their families, while another felt unwell and contacted the GP to arrange a Covid-19 test.

However, after having the test the following morning, she decided to attend a friend’s party after “she felt a bit better”. After the party, she received her results and it confirmed she had Covid-19.

“By attending the party while waiting for her test result, she ended up infecting a number of other people. The index case has a close extended family who visit each other’s houses regularly.”

In total, 56 people were infected starting from the index case, affecting up to 10 households and a sports team.

Limerick recorded its highly daily increase of cases on Saturday, with 76 new Covid-19 cases. The official tally of confirmed cases to date is 1,464. Since October 1, there have been 500 new cases in Limerick, more than a third of the total cases to date.

Dr Mai Mannix, Director of Public Health in the Mid-West said that the pandemic has presented an unprecedented challenge for her department.

“We continue to experience high volumes of positive cases and my department continues to work tirelessly along with all our colleagues across the health service to supress the virus. It is vital as we approach the winter months that the public play their part and continue to adhere to public health guidelines to protect themselves, their families, friends, neighbours and everyone in the Mid-West region.”

Follow the Limerick Leader for more details on the report