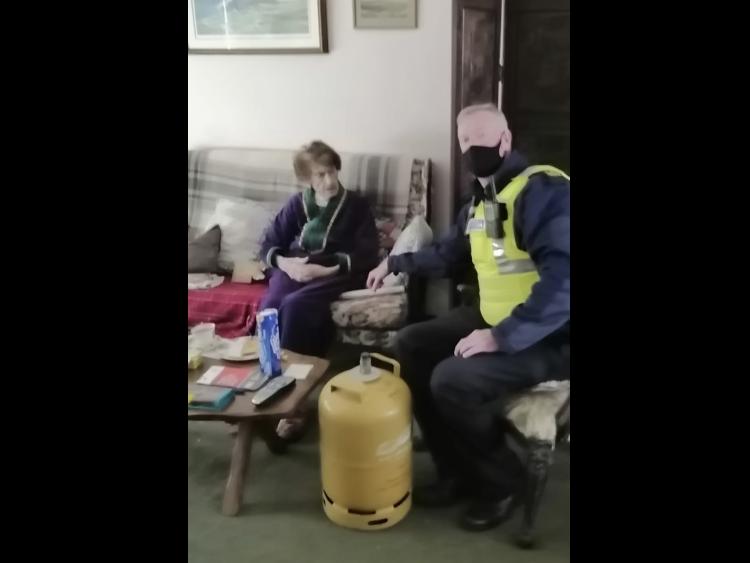 WELL-known and long-serving garda in the Bruff district, Niall McInerney is a gas man so he was perfectly suited to this job.

With temperatures dropping, a 98-year-old lady in Hospital found herself without gas. Margaret Duggan called gardai and Garda McInerney, who is based in Hospital, came to her aid by dropping over a cylinder.

"We are #HereToHelp with anything like this for people who need assistance. Don't think twice about calling us."

At last month's Cappamore-Kilmallock Joint Policing Sub-Committee meeting, Bruff Superintendent John Ryan said the time under lockdown brought home to him all that is good about the organisation.

"It was great to get out in the community and have that involvement and engagement. We were holding checkpoints, doing the dinners. All the clubs were involved. There was huge community spirit," said Supt Ryan.

Garda McInerney's actions is another example.