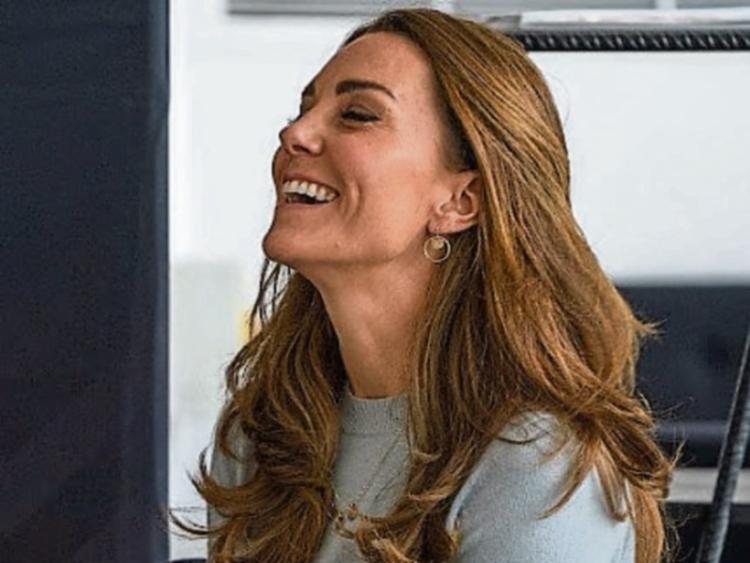 A relaxed Kate Middleton at University of Derby last week wearing a set of earrings and necklace by Aisling O'Brien. Hello magazine, People magazine and the Guardian have all reported on the story

PICTURE the scene: a friend contacts you asking you to make something as a present for the future queen of England. Oh, and you’ve two days to do it!

The Croom native had been working away, minding her own business, making jewellery as a sideline, when the call came through from her friend, Michelle.

Fast forward seven months and Aisling now has nearly 5,000 people from all over the world on a waiting list for one of her necklaces.

Every one of the jewellery pieces on her website, All the Falling Stars, have sold out.

And it’s all down to the “Kate effect”.

“Even if I sat all day on my email inbox and went through every email without eating or sleeping, I still couldn’t keep on top of the emails coming in,” Aisling told the Leader of the response to her jewellery since Kate Middleton wore a necklace and earrings from her collection back in August.

And since August the duchess has worn the same necklace and earrings on three different occasions - both of them together at an event at University of Derby last week.

Publications such as Hello magazine, People magazine, and the Guardian newspaper have documented the story behind the duchess’ new favourite jewellery line, and online royal watchers simply can’t get enough of the almost rags to riches scenario.

“She has the pick of any jewellery she wants to wear and I’m amazed that she opens her jewellery box and goes, ‘Yeah. I’ll put on my gold necklace from that one’. It’s so funny,” laughed a modest Aisling.

“She received them at the start of March but she was only really on Zoom calls during lockdown so now that she is out in public again it’s from August she has been seen wearing them.”

It was a race against the clock for the Limerick designer, who is now based in Galway, when she got a request to create something for Kate last March. The request came from a friend of Aisling, Michelle. Her sister, Thérèse Tully, a physiotherapist, wanted to give Kate a gift as the duchess was using her physio space to change in before a photoshoot with William at Salthill-Knocknacarra GAA Club in Galway.

Thérèse has a royal family connection, her grandmother’s cousin married into the royal family and was anointed by the queen.

“I had never met Thérèse personally but her sister, Michelle, is a good friend of mine and wears my jewellery all the time because I would be giving her bits for her birthday and things like that,” explained Aisling whose parents Margaret and Liam O'Brien still reside in Croom.

“Thérèse said to Michelle, ‘Is there any way Aisling would make something for Kate Middleton?” continued Aisling who attended Shountrade NS in Adare - where her mum was the principal for years - as well as Laurel Hill Secondary School in the city.

“Thérèse was really excited that they were coming so she wanted to leave some little token there for Kate. Around three days before they arrived, the security staff were sweeping the building and Thérèse said to them, ‘Do you think there is any way I could leave something here in the room for when Kate comes in?’ She was chancing her arm. She left it but she didn’t know if they might take it away again. She left a little table in the room with a small little display - a letter welcoming them and telling them about her own royal family connections and that she was so happy they were there and if they would accept this gift. She left a photo then of the queen anointing her grandmother’s cousin, along with her own business card and the jewellery open on the table.”

Aisling had just two days to create some magic for the future queen. “It was a Friday evening and I had to give it to Michelle on the Monday so I had no time to order anything in. It was kind of dictated by what I had to hand in my workshop which was just a bit of sheet metal and chain. I do initial jewellery a lot. I Googled Kate Middleton then, which I had never done before, to look at pictures of her style and what she wears. She likes delicate gold and personalised pieces. So I think 'delicate gold, personalised' and I just made it that night.”

Aisling made a personalised gold three-layered disc necklace, engraved with the initials of each of Kate and William’s children. The necklace has a retail price of €109.00. She teamed the necklace with gold disc circle earrings, priced at €49.

“There are three little layered discs on the chain so there is a bigger disc on the back and a smaller hammer disc on the front and her children’s initials are stamped into those three discs for her. She seems to really like it.”

Jewellery had really only been a sideline business for Aisling but she did set up a website during lockdown. “So the craziness of this happening to someone who is not even doing it full-time, it’s totally bizarre,” she smiled.

“There are people who have been making jewellery for 30 years who have to be just totally disgusted saying, ‘Where did yer one come out of with her Kate Middleton jewellery?” she joked, “It was such a chance thing”.

Such has been the reaction to her pieces, Aisling now intends to go into the jewellery business full-time.

“There is something like over 4,500 people waiting to know when the necklace is back in stock from everywhere in the world and I’m like ‘I have to sit there making them all myself’,” she laughed.

“I tried to get on top of all the emails last night. I sat down and I said, 'I’m going to make some dent on this' and more were coming in. It’s just insane.” 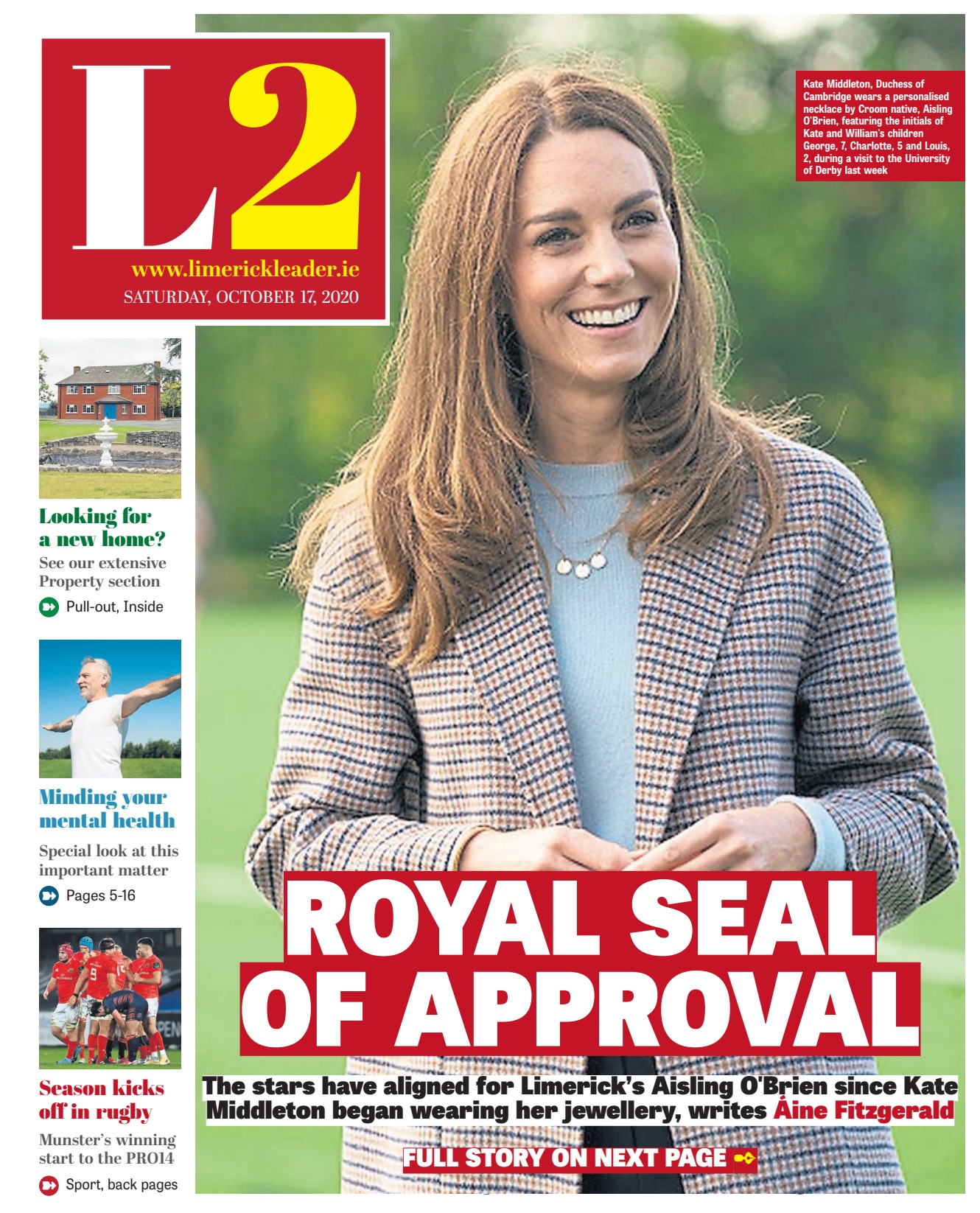