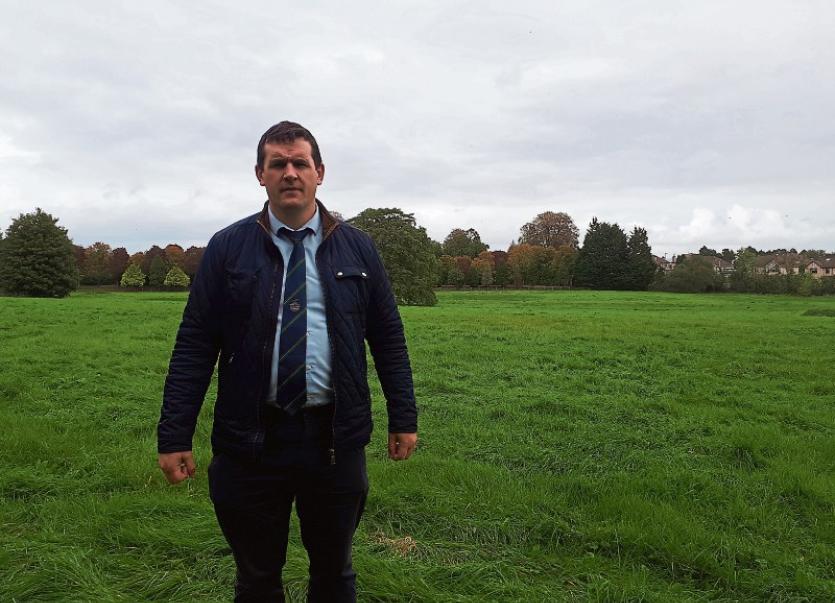 CALLS have been made to preserve a rare piece of green space in the Corbally area.

Limerick City North councillor Frankie Daly has called on the Limerick Diocese, which owns the land, to engage with the council to develop a park/playground facility.

It comes amid fears the land could be sold for residential or commercial development in the future.​

“This field is an untapped resource for the community,” said Cllr Daly, who lives nearby in Corbally, “If you're talking about Westbury, there alone, there is over 1,000 houses just over the bridge. You're talking in Shannon Banks, 500 houses. We are talking between 3,500 and 4,000 households in the area overall,” he said.

Cllr Daly said despite this, there are no community centres, plus few play areas and walkways.

“This is an area starved or years for the children and elderly to have a meaningful facility where they can come and meet. There could be men's sheds on this field, they could have get-togethers, meet-ups, go for a walk, have a walkway around there, a cycle way,” he said.

A Corbally community park enabling committee has been set up which consists of people pushing for the development of these.

“In essence, we are looking for a community space, park, playground and pitches which can be something similar to the Castletroy Playground. We could have a proper drained GAA field for local schools, a skate park and additional car spaces for the school,” Cllr Daly said.

He’s urged the Diocesan office to enter talks with the council, and said there are other parts of Corbally where homes could be built.

“It's a lucrative piece of land. But it's a piece of land, and I feel I speak on behalf of the community, that it's critical it stays this way, and it's tapped into for the benefit of the children youngest to oldest,” he said.

Not having a play park in the area is “frustrating” for local youngsters, he said.

“I see in Mungret Park a phenomenal facility for the community. We've bigger numbers here. Corbally covers the city and part of Clare,” he said.

In reply to a query from the Limerick Leader, a spokesperson for the Diocese of Limerick said: "Limerick Diocese’s property adjacent to Scoil Íde, Corbally is part of a wider and ongoing strategic review in relation to Diocesan property and has been the subject of a number of proposals from interested parties over the past 12 months and more. We will continue to explore these and other options to ensure the best possible use is arrived at, in keeping with the needs of the diocese going forward, including its pastoral outreach."