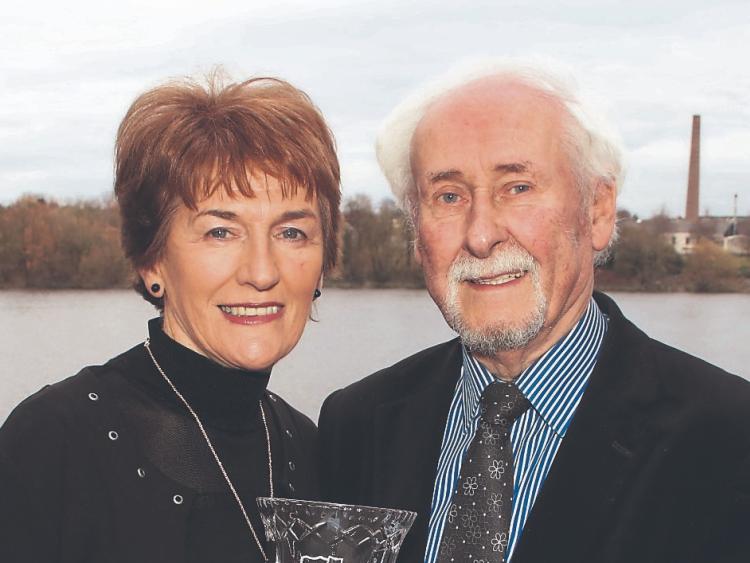 ONE OF Limerick’s most dedicated historians, Paddy Brennan, has passed away.

The Corbally man, who received Limerick Person of the Month in November 2018 for his commitment to local music, died peacefully in the loving arms of his wife and family this Tuesday.

Paddy, aged 69, leaves behind an indelible legacy, responsible for preserving Limerick’s epic rock ‘n’ roll and showband scene after establishing the Limerick Rock ‘n’ Roll Club in 1979, which lasted for more than 35 years.

But it was in 2018 when Paddy sealed himself in the annals of local culture history, when he published the definitive history of Limerick’s music scene, entitled Limerick Music Throughout the Decades.

This magnum opus comprises nearly 600 pages of the local music circuit, from the advent of underdog composer George Alexander Osborne in the 1800s, Catherine Hayes’ international opera stardom, the energetic showband era, and an extensive look at The Cranberries.

The project, which took three years to compile, resulted in receiving the Limerick Person of the Month accolade in November 2018, and a mayoral reception in March 2019.

“I was three years at the book and the longer it went on the bigger it got so I was advised that I have to leave go this project.  I was always reluctant because I was worried I was missing somebody. I finally had to leave it go seven or eight months ago before the final printing details could be looked after. It was three years in research,” Paddy told the Limerick Leader in 2018.

Hundreds of fellow music fans and locals attended the launch of the new publication at Thomond Park in October 2018, by Paddy’s friend Mick Moloney, the Castletroy native who has become one of America’s most iconic figureheads in Irish traditional music and culture.

Paddy released a special edition box set, which included a CD with 62 tracks by local artists through the decades. All 250 limited copies were sold out, and he said it would not be repeated. But this did not stop growing sales for the book after the fanfare at Thomond Park.

Paddy was a radio DJ at Radio BL, and always had a penchant for local songwriters and artists.

“He moved abroad and studied, and became great friends with Mozart and all the great classical composers at the time, held in high regard in the opera houses of Europe. He was up there with the greats, and no one had heard of him really,” the historian told the Leader.

Speaking of Catherine Hayes, Paddy said: “There is only one, small ten-inch plaque in Limerick commemorating Catherine Hayes. I think she should be immortalised more than what she is. But there’s probably not enough recognition [for her].”

Through his own work as an avid music documentarian, Paddy Brennan has been immortalised as one of Limerick’s key historians.

Beloved husband of Geraldine, dearest and much loved father of Glen, Ross, Neil, Karla and the late Lynn and Derek, dearest brother of Buddy, John and the late Michael.

Requiem Mass will take place on Saturday at 11am in St John’s Cathedral, and will be streamed live. The funeral will take place  afterwards to Mount St. Lawrence (Extension) Cemetery.