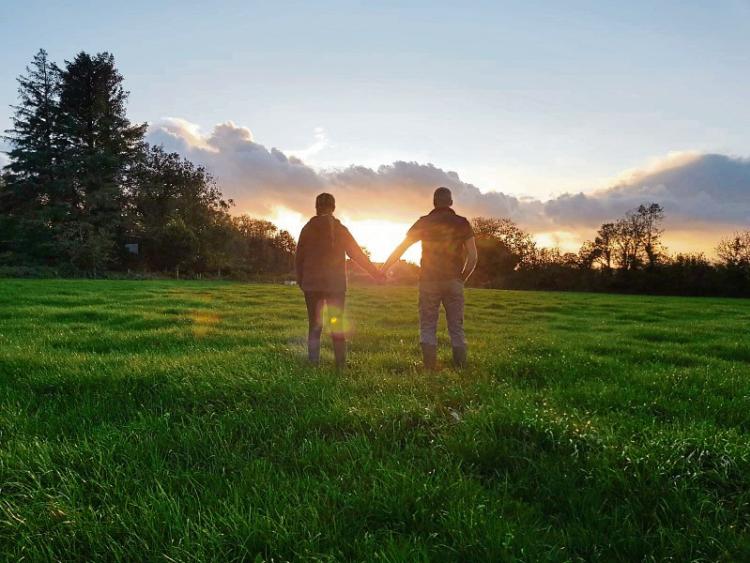 A GLOBAL discussion about mental health in agriculture is taking place this week thanks to a Limerick farmer and his wife.

Peter and Paula Hynes founded Ag Mental Health Week which runs until Friday. Peter, originally from Crecora but now living in Cork, said unfortunately it’s a male dominated industry and “we are bloody useless as lads to talk”.

“If you look at rural New Zealand this year, there's a 17% increase in farm-related suicides, compared to a 7% drop in urban, because I suppose there are so many social events cancelled - all the shows, everything cancelled. Guys cannot meet up in the same way they normally did,” said Peter, who came up with the idea for Ag Mental Health Week while writing an article about farm safety.

“We lose more farmers to suicide in Ireland than we do to farm accidents, yet we have a Farm Safety Week and no specific week for mental health awareness in agriculture.

“I felt that if we were to do it, we need to have a bigger conversation, because every country is the same. We said let’s see if we can make it a global week. We set up an Instagram account, Twitter account, Facebook page, did up a logo and we made a few contacts around the world, asking farmers would they send us videos..

“It’s amazing, we have videos from Ireland, the UK, Australia, New Zealand, Canada, the US, France, Italy and Brazil,” said Peter.

Prior to speaking to the Leader, he did a radio interview in Australia and had more lined up in the UK and US later that day.

“Myself and Paula's intention was that we would start a week where there would be a global conversation and the harsh reality about it is, we don't talk about suicide in farming publicly. We seem to have a fear of talking about it in general as a population, but if you're not willing to talk about an issue like that, you create a stigma around it. If someone is on a knife edge, they think I cannot say to someone how they are feeling because it is not the thing to be spoken about.

“We need to normalise the conversation so that someone that is on the brink of making a decision like that – to ultimately end their life and bring a family and a community into heartbreak. That person needs to know it’s OK to say, ‘I'm contemplating taking my own life, I need help’,” said Peter.

Every night on their Ag Mental Health Facebook page they have live streams with guests who discuss topics around mental health and suicide. A global list of emergency contact numbers is provided.

“We are very conscious that while someone in crisis might not join the conversation on social media, we leave the phone numbers there so that they see the phone numbers in case, 'I need to ring this, I need help now’," said Peter.