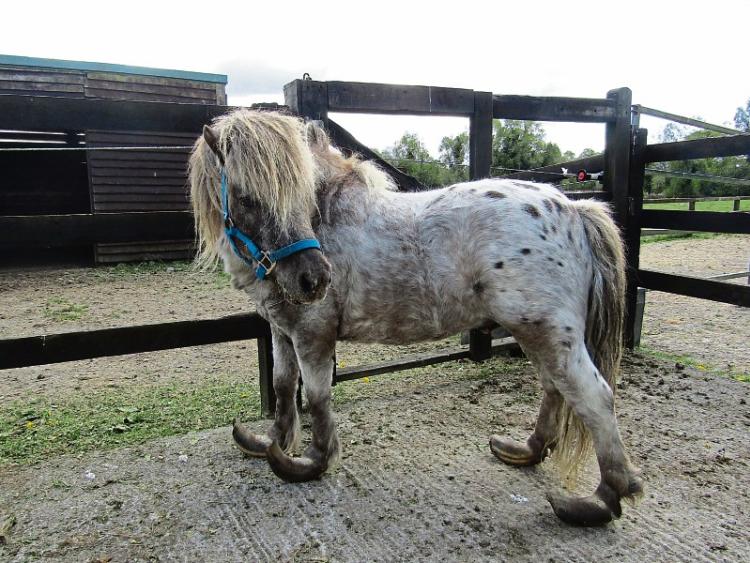 Limerick Animal Welfare and other charities are often called out to scenes of animal neglect and abuse, such as this, where a pony’s hooves were allowed to overgrow

A LABOUR city councillor has called for an “animal offenders” register, which would prevent those found abusing animals to be barred from owning a pets.

It comes after it emerged not a single person has been arrested for animal cruelty offences in Limerick in 2020.

Figures presented to northside member Conor Sheehan at this quarter’s joint policing committee meeting revealed that no arrests of this nature have been made so far this year.

Cllr Sheehan said he is “absolutely gobsmacked” by the written answer from garda bosses, and says he has seen incidents of animal cruelty happening before his very eyes.

“I’ve been completely inundated with people who have been onto me about animal cruelty, especially in relation to the mistreatment of horses,” he said.

Cllr Sheehan recalled an incident in June where a donkey was abused by up to 20 people around Garryowen green.

“If you go to Limerick Animal Welfare’s Facebook page, you will find there is an epidemic of this, especially with donkeys and horses. We see horses tied up in fields, left to die. Left starving. It’s absolutely disgusting the animal cruelty that’s going on at the moment,” he told the Limerick Leader.

As a result of this, Cllr Sheehan is seeking the council to lobby Agriculture Minister Charlie McConalogue to introduce a national animal cruelty register to make it harder for people banned from owning animals to obtain new animals.

“We need to see stronger action from central government. Establishing an animal cruelty register, which would work in a similar manner to a sex offenders register, so this information would be available to gardai to say these people should be barred from owning animals as they have a previous conviction for animal cruelty. When someone is purchasing an animal, you should do a cross-check on them,” he said, “At the moment, people are getting away scot free, and they are doing unspeakable things to animals, and it’s horrific.”

Education is also key, he added.

“What we need as well is an education and outreach programme on the care of horses. The fact no-one was prosecuted this year for animal cruelty and the fact there is such an epidemic of cruelty at the moment tells you something isn’t working. It’s disgraceful,” the Labour man said, “We must give people the knowledge of how to care for these animals properly. A lot of the time, you’re having animals like horses being ridden into the ground by people who are young, who don’t know how to treat them.”

Cllr Sheehan says the guards need to step up their efforts, saying: “The big thing issue is to find out where the actual gaps are and addressing them. I certainly think we do need stronger legislation and the guards need stronger enforcement powers. We know the guards are stretched very thinly. One of the issues is these animal are not microchipped. It’s very hard to trace them back to any one individual. But I think more needs to be done in terms of education and outreach.”

Recently, Limerick Animal Welfare was called to a harrowing rescue of a young one year old horse.

He was trapped behind two fences and had slipped down a muddy embankment. The poor mare – named Apache – had his coat and skin covered in scabs and rain scald.