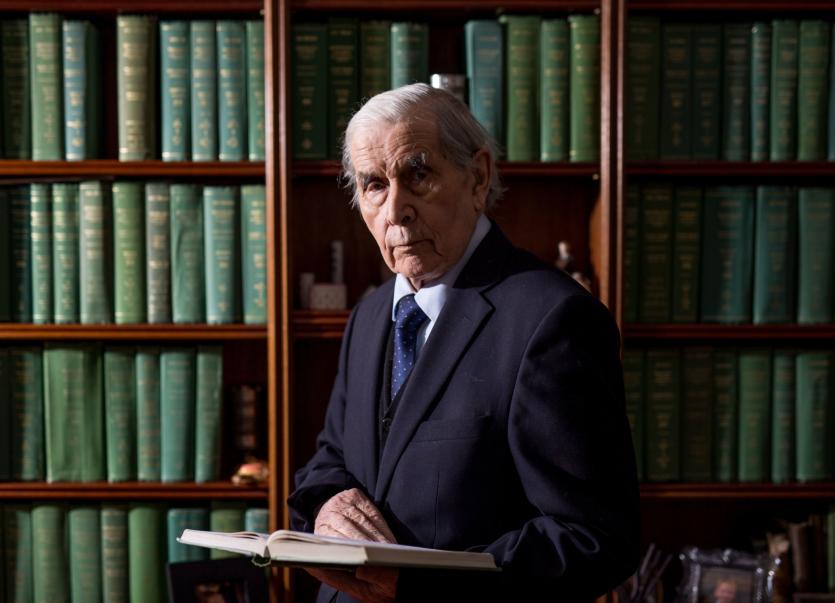 THE TANAISTE and former Taoiseach Leo Varadkar has paid tributes to former TD, Minister and MEP, Tom O'Donnell who passed away this week.

Tom, aged 94, died peacefully at his residence in Ballysheedy West, Limerick, this Thursday.

The Tanaiste described him as a "beloved and admired figure" within the Fine Gael party, having served in politics for three decades.

"More important than any office he held was what Tom represented throughout his life—a man who lived by the values of perseverance, humility and service. He was first and foremost a proud Limerick man," Deputy Varadkar stated this Friday.

"Following his departure from Irish politics, when many seek to enjoy the comforts of retirement, Tom continued to serve through the voluntary sector with organisations core to Limerick’s success in recent decades."

He extended his deepest sympathies to his wife Helen, his son Thomas, and to his nephew Deputy Kieran O’Donnell "who carries on the family’s political legacy today".

Mayor of Limerick City and County, Cllr Michael Collins also paid tribute to the late politician, saying he "exemplified" what it meant to be a public servant and that he served "with great distinction" as a TD in Limerick East.

“Tom’s standing in Limerick, not just as one of our finest politicians but also as a Limerick citizen who did so much for his county in a personal capacity was recognised by both the old Limerick County Council and Limerick City Council.

“They awarded him two separate civic receptions in 2001 and 2005 respectively to mark his long career in politics and his voluntary service to the people of Limerick, in the county and the city.

“Tom was a true gentleman, whose attention to detail and passion for his work has left a lasting legacy for all.”