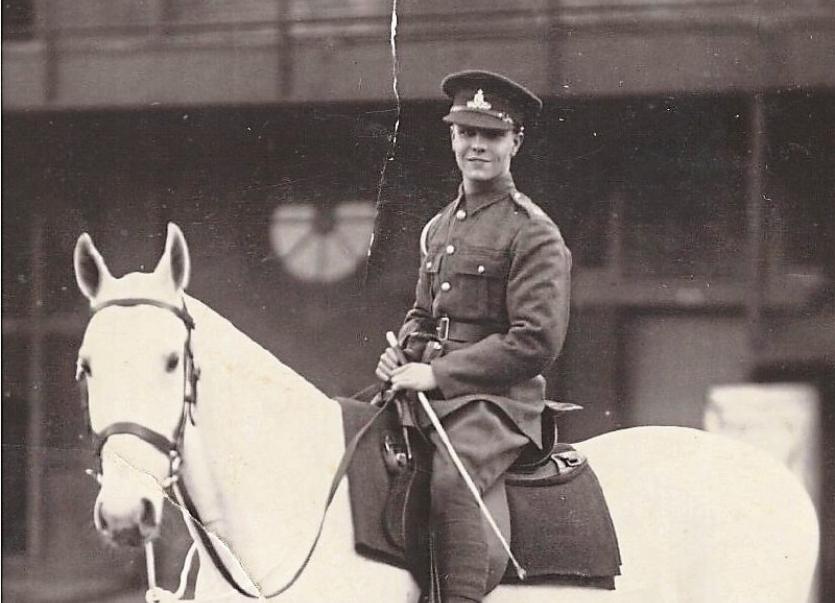 The cover of Robert Widders' book, ‘Forged in Blood and Music’

FRIENDSHIP, courage, and survival are the key themes running through a new book penned by a former resident of Limerick.

Robert Widders’ 'Forged in Blood and Music: A story of friendship, courage, and survival' is an in-depth account of the experiences of 1,816 prisoners who embarked on the Japanese transportation ship 'Lisbon Maru' to be used as slave labour for Japanese industries in September 1942.

The Liverpool native lived in Limerick for five years and is a veteran of all three British Armed Forces: the Royal Navy, British Army and the Royal Airforce, which is a rare accolade to have.

“I was working in Dell factory at the time and I was walking up a street near the fire station and there was a load of charity shops there. I went into one and I was fiddling around the bookshelves and I found an old history book,” Robert explained.

“There was a little bit in there about the Irish deserters from the Irish Defence Forces during World War II who went on to join the British Forces who were kangaroo court-martialed,” he continued.

This sparked Robert's interest. He managed to come across a full list of the Irish deserters and had the opportunity to meet some of them.

The Lisbon Maru was a Japanese transportation ship that was used to transport prisoners of war (POW) during WWII.

The conditions on the ship were horrendous and it was attacked with torpedoes on the voyage to the Asian country.

“These men were living in terrible conditions. Many of the men had beri-beri, lice and diphtheria.

“There was no food, water or light coming in. The Japanese also blocked up the air vents so there wasn't any fresh air coming in,” he said.

There were 60 Irishmen on the ship, including Thomas Russell, who lived near St Mary's Cathedral in Limerick city.

Thomas was a sergeant and died in the Lisbon Maru on the way to Japan.

Another Limerick man on the Lisbon Maru was surgeon Lieutenant Jackson RN.

He previously lived at 8 Charles Street in Limerick. Surgeon Lieutenant Jackson features to some extent in the book.

“Surgeon Lieutenant Jackson was considered a hero by the other POWs, a God of a man really, was a Royal Navy doctor who stayed on the ship while it was sinking to look after injured men,” he said.

Jackson went on to work in Kobe Hospital in Japan alongside the man character in the book, Joe Denton.

Denton was captured in Hong Kong along with Patrick Flynn and Patrick McGreen.

The three men served as medical orderlies in a tiny room that the Japanese authorities allocated as a hospital. The orderlies had to do the best they could to care for the sick and dying men in this so-called hospital which lacked beds, equipment, dressings, medicine, or even toilet facilities.

During that first winter in Kobe over one hundred men died from the combination of overwork, disease, and starvation. For Flynn, McGreen, and Denton, working, sleeping, and eating there, twenty-four hours a day, it must have felt more like a charnel house than a hospital.