‘Give up yer aul sins’: TV show on confession to feature Limerick priests 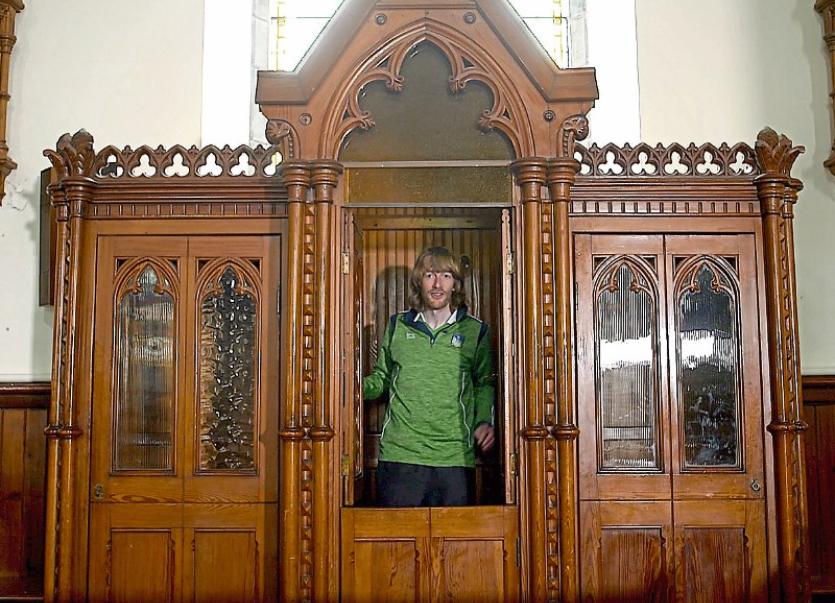 Fr Chris O'Donnell candidly admits in The Confessors: ‘I’m always conscious have I the other one closed?’

“SAY three Haily Marys and two Our Fathers and be on your way.”

Many of us have heard those words in the confession box. But a new documentary entitled The Confessors interviews those who give out the penance.

Two County Limerick priests, Fr Chris O’Donnell, of Kilmallock, and Fr Luke Macnamara, of Glenstal, appear in this new programme, which will air on RTÉ One at 9.35pm on this coming Monday, October 12

The documentary – featuring interviews with 15 priests from around the country– covers a range of topics. Priests give their own experiences of confession, to what kind of things they have heard and how it impacted on them.

It also asks them why they became priests, why they remain priests, reflections on the church and its problems, and also, how they are managing now during the pandemic with online Mass.

Fr Chris has taken to online Mass like a duck to water. He even brought some singing and dancing to his religious services to help lift spirits during lockdown.

In The Confessors, Fr Chris candidly admits: “I’m always conscious have I the other one closed?”

On becoming a priest, he said: “It was a nagging doubt that I should try that made no sense. I said I'd give it a go and thought I wouldn't last a month. I told very few people where I was going. I said to myself: go, get it out of your system and get back to normal. But that never happened.”

Countless people are very glad he did “give it a go” as he is one of the most popular priests in the Limerick diocese.

Luke Macnamara is another busy man. As a Benedictine monk, priest and lecturer in sacred scripture in St Patrick’s College, Maynooth, his name can be accompanied with Brother, Father and Doctor.

In the programme, Fr Luke discusses the history of confession.

“The practice of confession is regarded as an Irish –  and to a less extent Welsh –  innovation. Irish monks travelled and spread the practice across the wider church,” he explained.

An RTE spokesperson describers The Confessors as a selection of Irish priests, urban, rural and chaplins, discussing the sins they've heard that have impacted and stayed with them. They also discuss why they have stayed within the church.

“Through the prism of the confession box, which are now mainly used for storing vacuum cleaners and cleaning products, Irish priests from small parish churches to big city cathedrals open up about what it’s like to hear the sins of others.

“They also make a powerful and a uniquely honest case for how the Catholic Church in Ireland became infected by the sins it condemned; sins, which they believe have spread all over the world. Nevertheless, each priest has their own reasons for staying within the church. This is their story,” said the spokesperson.

The Confessors was made by Atom Films who were behind the excellent Abbeyfealegood.

The documentary will air on RTÉ One at 9.35pm on Monday, October 12.