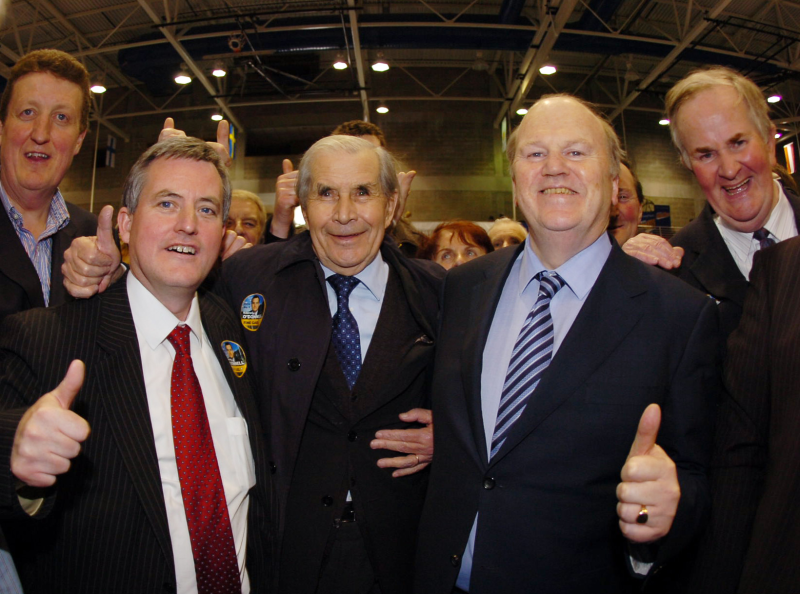 THERE IS immense sadness in Limerick and in Irish political circles following the death of long-serving TD, Minister, and Member of European Parliament [MEP], Tom O'Donnell.

He died peacefully at his residence in Ballysheedy West this Thursday. His brother Dr Martin O'Donnell also sadly passed away this Tuesday.

Leading the tributes of the late politician was former Taoiseach John Bruton, who described him as a "man of great warmth and conviction". 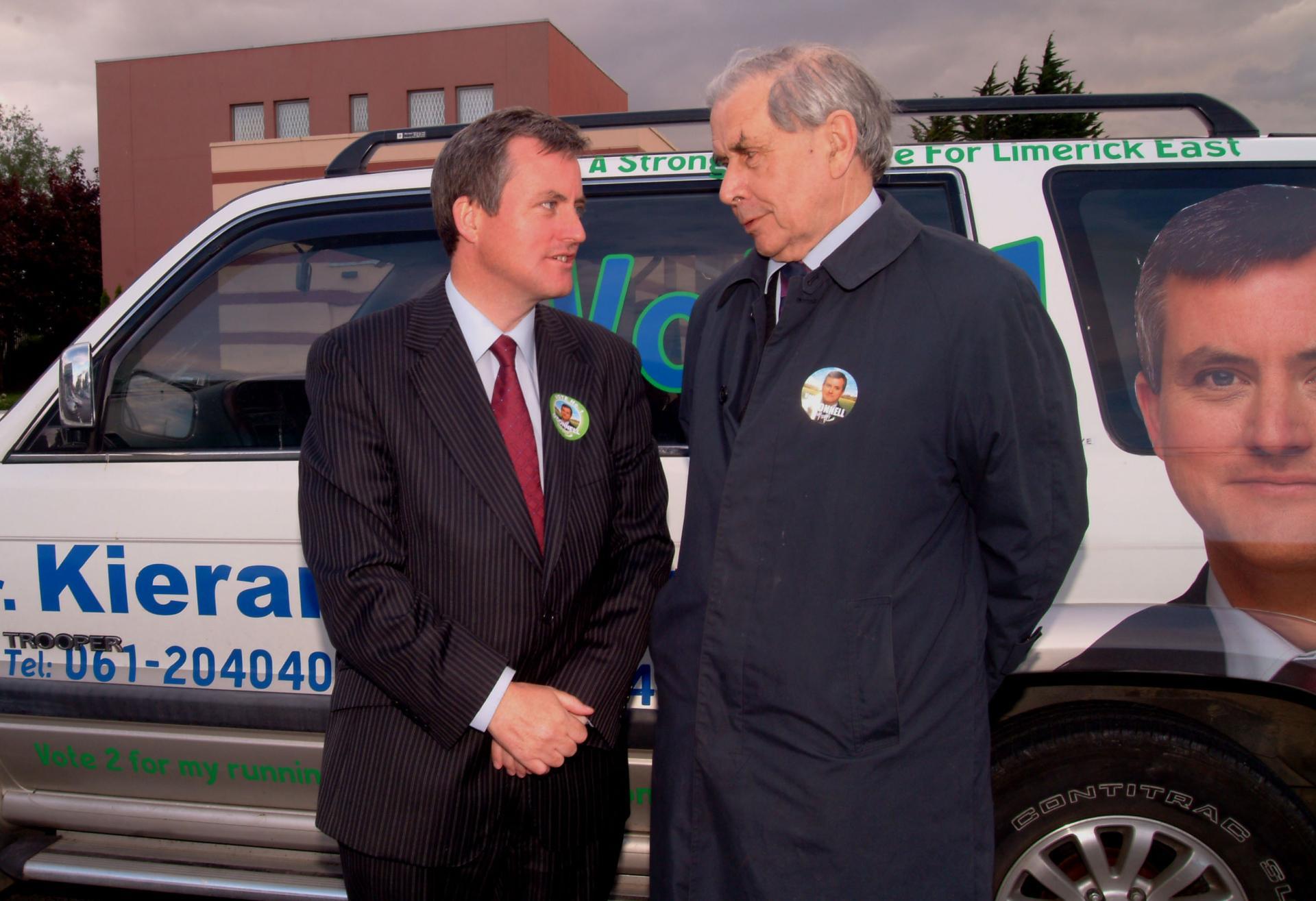 Tom with nephew Kieran O'Donnell on the campaign trail

Tom held one of the most impressive political records in Limerick's political history, undefeated in every election, between 1961 and 1989.

Tom was among the last surviving members of Liam Cosgrave’s government, after he was first elected to Dail Eireann in 1961.

Husband to Helen and father of Thomas, Tom is also the uncle of Deputy Kieran O'Donnell is a current sitting Fine Gael TD for the Limerick City constituency.

Born on August 30, 1926 in Bulgaden, Kilmallock, he was the eldest of eight children of Patrick and Josephine O'Donnell.

Mr O’Donnell was educated at the Convent of Mercy and Boys National School in Cappamore and later at Crescent College Limerick, CBS Charleville and Copsewood College, Pallaskenry.

Having graduated with a Bachelor of Arts degree in University College Dublin, he taught post-primary in Dublin (St. Fintan’s, Sutton and North Strand Vocational School) before returning to the homeland to pursue a prosperous career in Limerick.

Politics was in the blood on both sides of his family. His father's side were constitutional nationalists, while his mother's side were the old Sinn Fein. His uncle Dick O'Connell was a Cumann na Gaedhael TD until 1932.

Tom's election record was considered impressive in the 1960s. After getting elected in October 1961 to the now-defunct Limerick East constituency, he doubled his vote in 1965 and topped the polls in 1969. After another reelection in 1973, he became Minister for the Gaeltacht in Cosgrave's government.

In the 1981 elections, while still an MEP, he helped gain two seats for Fine Gael, which the first election of another political giant Michael Noonan, a launchpad for decades of service. 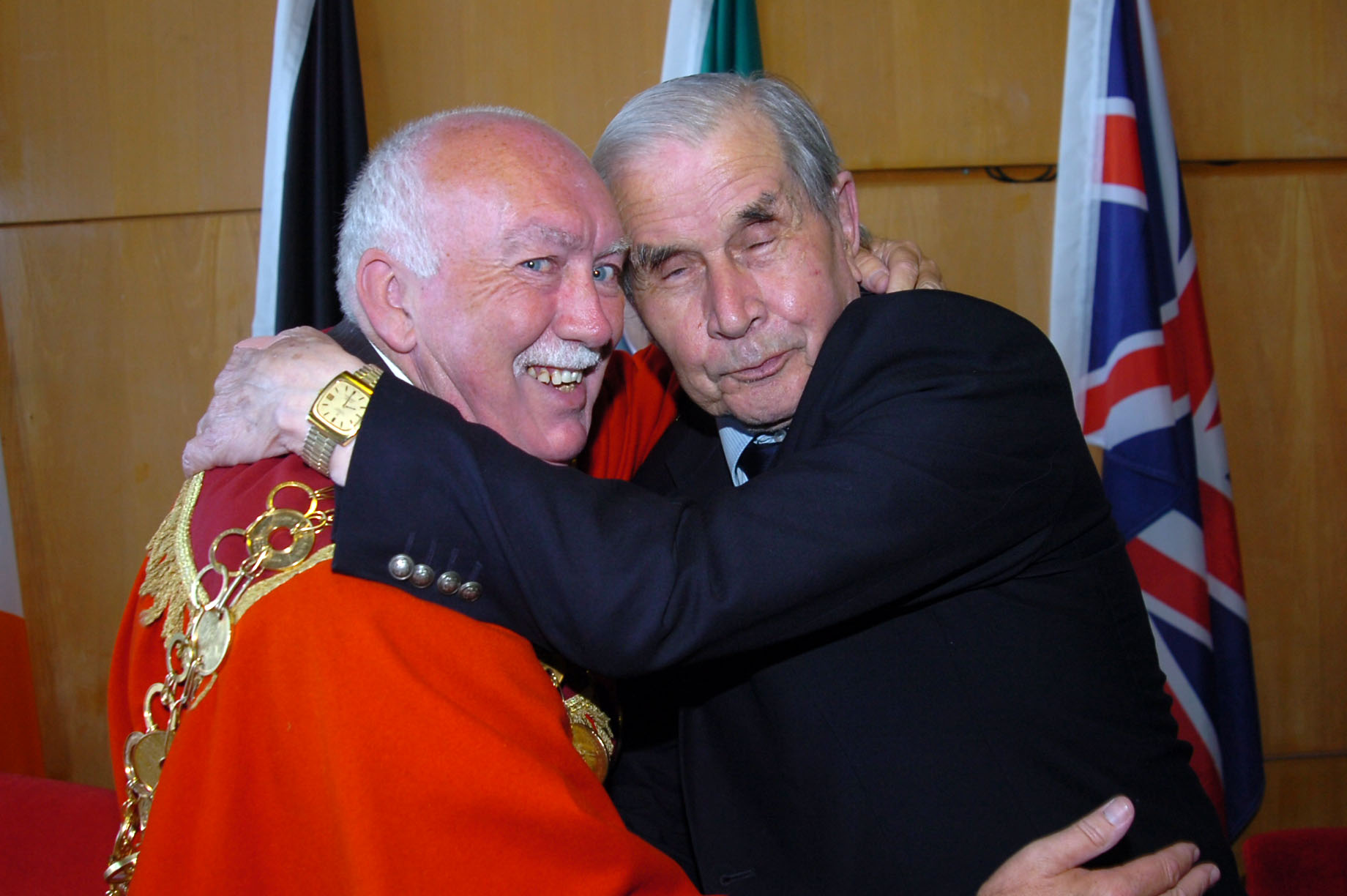 Former Taoiseach John Bruton said that he was "an outstanding success in this role.

"He inspired great affection among the people of the Gaeltacht and brought unprecedented attention ,at the highest level, to them and their needs. He acquired a mastery of the language and conducted all the official business of his Department in Irish."

He said that the former Minister's motto was "without people there would be no Gaeltacht".

"So he prioritised bringing employment to the Gaeltacht. During Tom O'Donnell’s term of office employment in the Gaeltacht doubled and the infrastructure was dramatically improved."

In the previous 50 years, the Gaeltacht had lost half its population, the ex-Taoiseach said.

After a successful two decades in Leinster House, Tom was elected to the European Parliament in 1979, and served as regional spokesperson for the Christian Democratic Group—now the EPP. 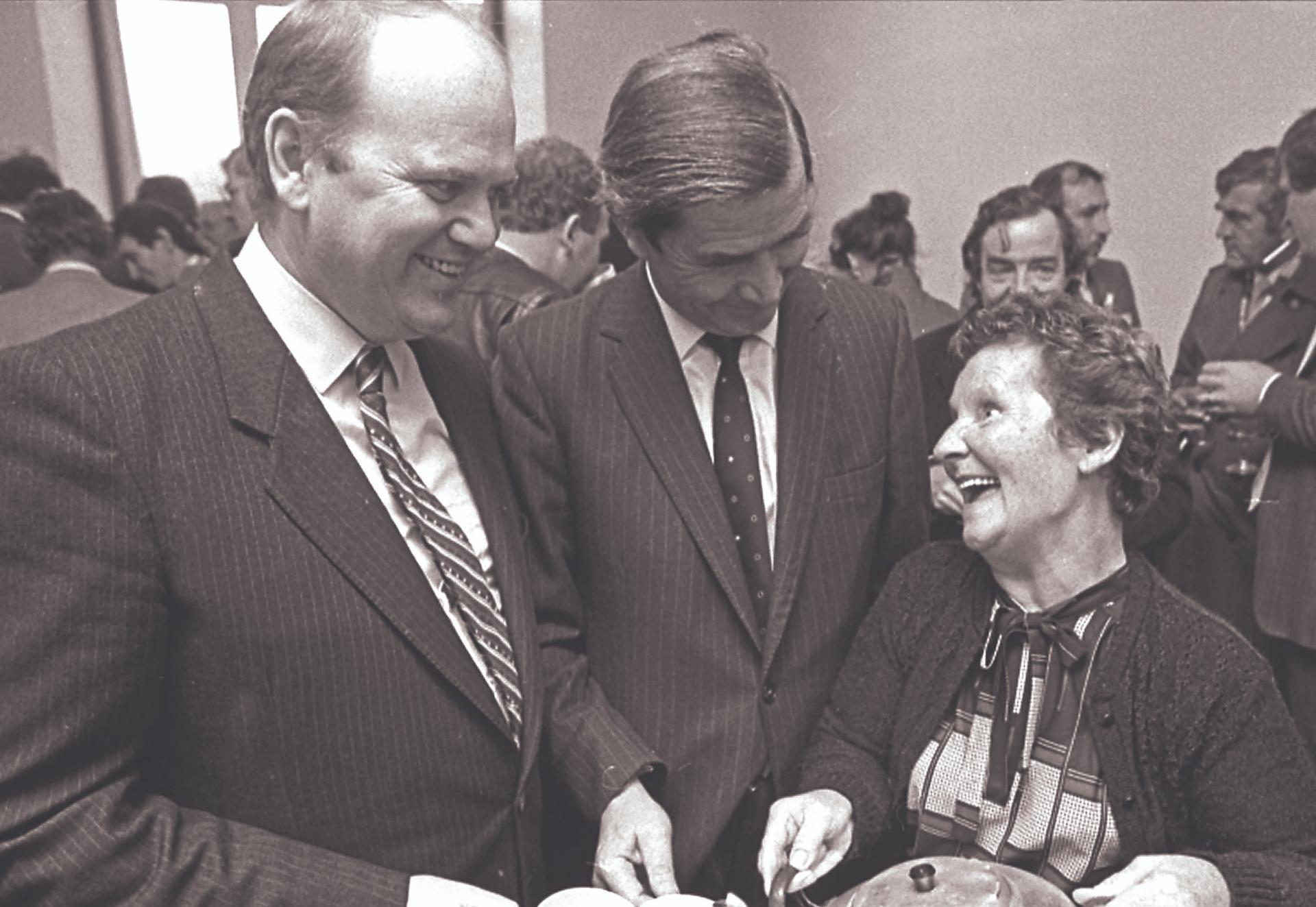 "He also served on the transport committee of the European Parliament and was acting throughout his career in promoting Shannon Airport. He stood for the Dail in the 1981 General Election, helping Fine Gael to win two seats in the constituency. He helped the party to hold those two seats in both the General Elections of 1982. He was re elected to the European Parliament in 1984 and helped bring in his running mate Tom Raftery," Mr Bruton said.

Mr Bruton said: "Tom told me that the 'most important and happiest event' in his life was in 1984 when he married his wife Helen. Like Tom, Helen has a deep interest in politics and was active in Young Fine Gael. Tom was very proud when Helen was named Limerick Person of the Year in 2013 in recognition of her work for tourism."

His paternal grandfather was Chairman of the Kilmallock Board of Guardians for several year, was prominently involved in the Land League movement and was imprisoned for six months for his Land League Activities.

His mother came from a strong republican family; her brother Dick was Commandant of the Mid-Limerick Flying Column in the war of Independence and was a Cumann na nGaedhael TD for Limerick from 1924-1932.

He also served on the Board of Management of the Limerick School for the Hearing Impaired and was a founding member of the L.E.D.P. (Limerick Enterprise Development Park).

In 2001 he was honoured by Limerick County Council and in 2005 by Limerick City Council with civic receptions and special presentations to mark the completion of half a century of political and voluntary service to the people of Limerick City and County. He was awarded the Schuman Medal by the European People’s Party (Christian Democrat Group).

Cllr Daniel Butler said that the Limerick Fien Gael family "are deeply saddened" by Tom O'Donnell's passing, saying he was a committed servant to Limerick.

He said he "served Limerick with distinction as a public representative. His nephew Kieran O Donnell TD lost his father and Toms brother Martin this week also. I can only imagine the grief and pain ripping through their family.

So sorry to hear of passing of Tom O'Donnell.

A warm, engaging and intelligent man who played a huge role in the world of politics.

Sincere sympathy to Helen and Thomas and the wider O'Donnell family

May he rest in peace pic.twitter.com/3kGhVUQdcC

"I will never forget when he took the time to to tell me though he was very unwell how impressed he was by a speech I once delivered such was the kindness of the man but that was who he was quietly offering a word of advise and encouragement to many.

"For us in Limerick politics, we mourn the loss of one its greats, a committed servant of Limerick and advocate for it. Our thought's are with Helen who has been there for many others in their tough times and their son Thomas. Limerick has lost one of its great sons one of its great characters."

Mr O’Donnell is survived by his wife Helen, son Thomas, brothers Frank, PJ and sisters Bernadette Boner and Millie Boyle, nephews and nieces. He was predeceased by his sister Alicia and brothers Mark and Martin.