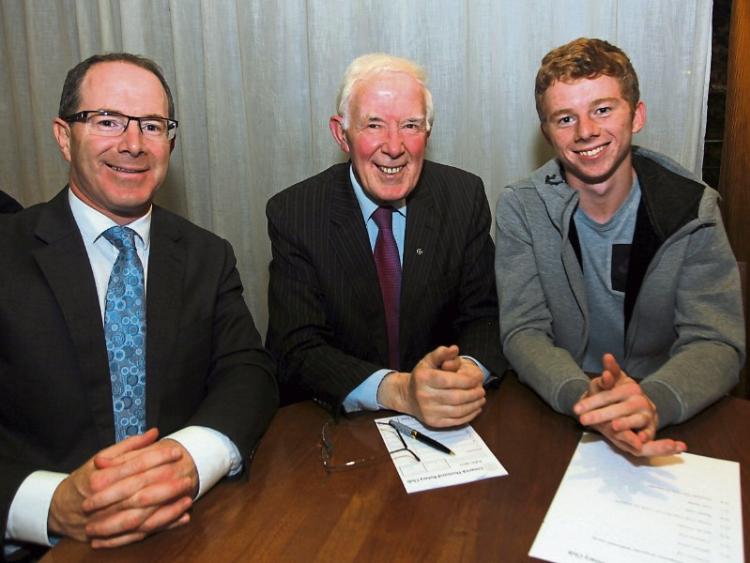 Three generations of Kearneys: Gordon, left, pictured with Pat and James, says what they are experiencing goes against standard economic trends

“WE are in a worldwide pandemic and yet the property market is boiling – it makes no sense!” states Gordon Kearney, of Rooney Auctioneers.

But the figures speak for themselves. Rooney’s have had commercial investment property sales, including development sites, in Limerick city and county total €3.5m post-lockdown.

The deals done in that 12-week period represent two thirds of the 2019 figure.

“On the investment market we have seen a spike in demand over the last two or three months. When you drill into investors’ heads as to why, the reason they cite is negative interest rates on deposit accounts. They are coming. They have already come to the pension funds. I think the only bank that has indicated not doing that is PTSB - all the other banks have indicated it is coming down the tracks.

“That has put fear of God into investors. They are in saying, ‘Find me a property where I can park my money. I am happy to buy that as an investment. If there is an income coming from the property all the better. If there is no income I am not that concerned’,” said Mr Kearney.

“They are actually being charged. So they are saying if I put that money into property, property has always come right. It might go up and it might go down in the short term but over the long term it always appreciates.”

The difference between pre-Covid to now due to the proposed negative interest rates on deposit accounts is startling.

“There were properties there pre-Covid and there was interest but the interest spiked as soon as we came back.

“We have had bidding wars on some of these properties. We have sold them well in excess of the asking prices that were there pre-Covid,” said Mr Kearney.

One example he gives is a commercial property in the city. Back in March he agreed a deal for around €350,000. The buyer withdrew the offer due to Covid and who could blame them.

Mr Kearney admits to being “taken aback” by the activity.

“What we are experiencing goes against standard economic trends. We are in very unusual times. If you were sitting down with an economist back in March and said this is where we are going to be in October with negative interest rates, tightening of bank lending, a worldwide pandemic, where do you see your house or commercial property value?

“You would say ‘not good’. And here we are with a bursting housing market and bidding wars going on for houses and commercial property,” said the vastly experienced auctioneer.

Purchasers are not just from Limerick.

“They are coming from everywhere. Limerick has been put on the map with continual positive publicity. A lot of the developers buying development land here for residential purposes are from outside Limerick.

“They find the attitude of the local authority is one of the most positive in the country. They say they have a can do attitude which is fantastic for Limerick to hear that. They say you get bogged down with other local authorities in the planning process but here they say the council says, ‘We are open for business. We want you to come in and develop our city’.

“The developers say it is a breath of fresh air.

“Limerick is on the map for them. They are seeing the yields down here are far more attractive than the yields they are getting up in Dublin,” said Mr Kearney.