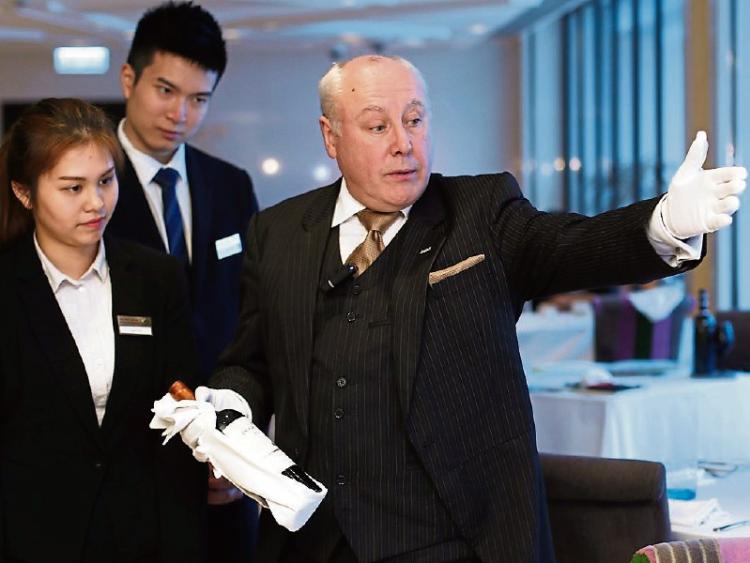 HE may be the star of a new fly-on-the-wall show on British television, but Sean Davoren has not forgotten where he’s come from.

The Clarina man, who has over 40 years experience in the luxury hotel business, is the head butler at London’s world-famous Savoy Hotel, and has been seen on ITV1 in the last few weeks leading the team through the tough Covid-19 period.

Sean, who is married to Norma, with the pair living in Harrow, North London, left Limerick in the 1970s to attend the old Rockwell Catering College.

He moved to London in 1977, where he worked for The Savoy Hotel in the famous Strand in the British capital, before stints working in Switzerland and Germany.

Between 1980 and 2000 he was back in London at the five-star hotel, before returning a decade later after it re-opened following a multi-million euro restoration.

Home is where the heart is though.

“I'm extremely proud to be from Limerick. I represent my country every time I've lived here.

“I still go back very often. I've still got family there. It's always going to be my home,  I'd still call it home after all these years,” he told the Limerick Leader from London.

Sadly, due to Covid-19, Sean has not been able to venture back to Shannonside yet in 2020.

He’d normally be visiting three times a year for weekends.

"I love the countryside, I love the area I lived in. What a beautiful part of the world, if you think about Adare and all the surrounds. So quaint. I love walking, all that type of thing. They are the things I miss,” he said.

One thing is also not so common in London: the camaraderie of people.

“If you go somewhere, you always end up chatting with someone. Even if you go to the pub, you wouldn't be on your own. That community spirit, I don't think we have that same community spirit living here. It's not quite the same,” he explained.

While many of the Irish people coming across to London go into more “professional roles,” head butler Mr Davoren says, he’s lucky in that the Savoy Hotel still welcomes many students from the Shannon College of Hotel Management.

The Savoy airs on ITV1.