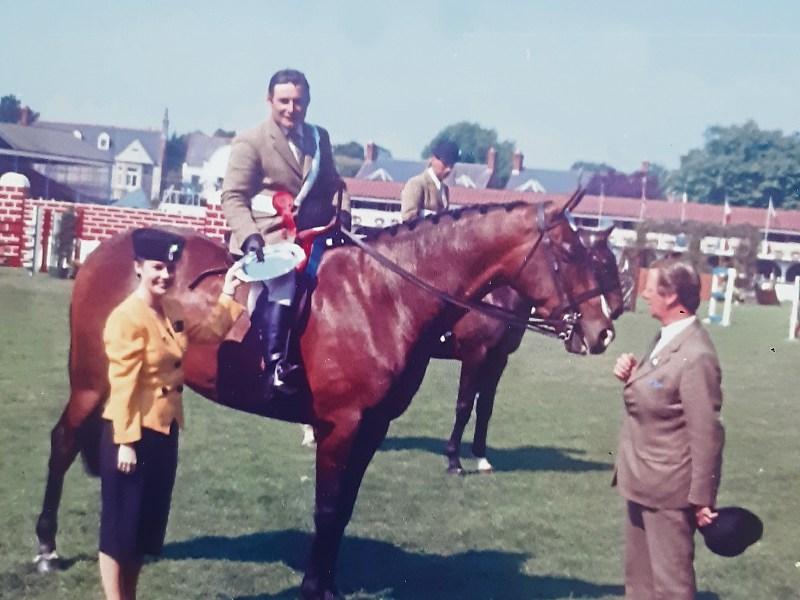 The late Billy Flavin, of Alston House, Croom, was a supreme horseman who has left an enduring legacy

Alston House has produced many remarkable horses and horsemen over the generations but none more so than Billy Flavin, who passed away recently after a short illness. Alston was the home of what Anne Holland in her book described as ‘The Incredible Hartys’

Billy’s grandfather was the legendary trainer Mikey Harty, of Alston near Croom, reputedly the first outside The Curragh to hold a public trainer’s licence. Billy’s mother, Alice, was one of the famed family which produced no less than four professional jockeys, Michael (better known as The Guike), Henry, George and John.

And to complete a perfect round, the fifth brother was Cyril Harty, one of the founder members of the first and greatest Irish Army jumping team. He was later immortalised as Capt. Cee Bee, bred and trained by his grandson, Eddie Harty, who went on to win the Supreme Novices Hurdle in 2004.

Along the way there was Buster who rode in the Olympics and Eddie (snr) who won the Grand National on Highland Wedding while Billy’s cousin Delma was the first female to train a Festival winner with Khan who won the County Hurdle in 1970. She later became Ireland’s first female steward.

With a racing pedigree laden with black type, the turf might have appeared to be Billy’s natural destination but his mother Alice prevailed on him to avoid racing as no less than three of her brothers had lost their lives to the turf. George in 1914 from a fall at Gort races with the Guike to lose his life from a fall racing in India in 1926.

In those times the Hartys would ship horses to India where apparently there was plenty of money to be won racing and with a good chance of selling the horses if they were winners.

Further racing tragedy was to follow in 1929 as John was killed in a racing fall on the flat at The Curragh where his horse bolted and crashed into a barrier.

As a jockey Billy had a 100% success rate winning on his only ride, a point to point at the nearby Croom meeting

Alice, the youngest of the Hartys, eventually married Bill Flavin from Fedamore and Tots and Billy were born. While there were no longer race horses in Alston there were plenty others and Billy won the RDS pony championship in 1958.

As an adult his connection with the show ring grew and developed. He had a lot of success in the 1980s and 1990s. GurteenNaMoe was the heavy weight champion and overall reserve supreme champion RDS in 1990. That horse’s half-brother was Alston Downstream who was the middle weight champion in 1989, both horses won numerous championships throughout the country. Billy always had a tradition of going to Midleton, Cork, Clonmel, Dublin and Limerick Show - they were the highlight of his showing calendar. Billy rode the great Pele in his first season before he went on to world fame with Eddie Macken

He bred and dealt in many good horses. His near neighbour Andrew McNamara, veterinary surgeon and horse trainer, recalls, “Billy had the unique ability to take a horse from the raw and within a few weeks transform it into something special and have it riding beautifully”.

Alston was essentially a dealing yard. Aidan O’Connell takes up the story, “There were this English couple who took a shine to a horse of Billy’s out hunting on New Year’s Eve. The deal progressed in the bar of the Dunraven Arms as the New Year’s Eve Ball went on. The horse was only a four-year-old and the eminent English QC was adamant that he never paid more than £4,000 for a four-year-old while Billy held out for the asking price of £5,000. As the band played Auld Lang Syne Billy remarked, “Well, he’s a five-year-old now”. The deal was struck and the horse went on to feature on the cover of Horse and Hound.

It wasn’t all horses, romance intervened when he met Marian Brady from Ovens, Co Cork, a bank official, at Tralee Show. Marian with her great cob, Scoot, featured with distinction for many years in the Limerick hunting field. They were married in 1976 and went on to have four sons three of whom have followed the family tradition of horses. Shane, the eldest, is at home farming where he runs a horse yard and follows on in the family tradition

Ron was the jockey and did most of the riding for Billy in the earlier years in the point to points. He won on Rith Dubh in 1997 (who later went on to win in Cheltenham for JP McManus with the late JT McNamara on board). Ron went to England in the early 2000s and spent a few seasons with Jonjo O’Neill at Jackdaws Castle. After he rode out his claim he returned home and started riding on the point to point circuit again before a slight change in his career path when he qualified as a farrier and is now based next door to Alston.

Hugh broke with the family tradition and became a teacher. He was recently appointed deputy principal at Limerick’s Crescent College Comprehensive. And finally, Des again was a jockey and moved to England at a young age. He started with Oliver Sherwood and then moved to Kim Bailey with whom he spent most of his time as his conditional. Once again, he returned home and qualified as a farrier and is based in Drogheda with his partner Grainne Bennett of Bennett equestrian.

Billy has left an enduring legacy and the sporting tradition continues at Alston. To Marian, his sister Tots and the boys we extend our sympathy.

Sportsmen such as Billy Flavin do not often pass this way.