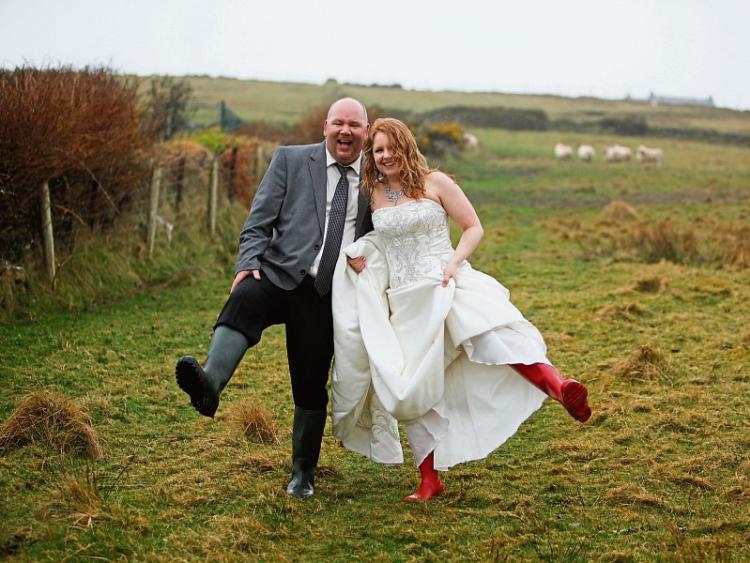 If you're willing to share the fun of your big day - especially the wedding speech - then The Irish Wedding feature documentary is for you!

THE man who brought you Abbeyfealegood is now seeking Limerick couples who are getting married to take part in his new documentary called The Irish Wedding.

Abbeyfeale has more hairdressers and barbers per head of population than any other town in Ireland. It has 16 on two streets! Abbeyfealegood was an exploration of these salons, their owners and the locals who frequent them for cosmetic and social reasons.

Alex, a Dubliner, lived in Kerry for three years and discovered Abbeyfeale and its plethora of hairdressers during a commute to Dublin. He stopped in the village one day and had a chat with a few of the hairdressers’ staff and owners and the idea of Abbeyfealegood was born.

His latest venture, The Irish Wedding, came about in a similar way.

“The idea came during a speech at a wedding I was at. The best man got up and had people laughing, crying and embarrassed. It was a classic example of all that is good from an Irish wedding speech and how great it would be to be able to capture this throughout the country. It could be a wonderful idea of Irish-ness,” Alex said.

The Irish Wedding documentary’s objective is to paint a portrait through the wedding speech.

Alex attended a handful of weddings before the Covid-19 pandemic postponed weddings throughout the country.

“Now we’re thinking that this could be an opportunity to see another side of what it means to get married and what it means to do the wedding speech as they’re smaller and more intimate,” he said.

Alex has six weddings lined up over the next few weeks but hopes to reach his goal of 30.

“If anyone is interested in taking part in the documentary, The Irish Wedding, we would be grateful if they could email the producer, Aileen O'Carroll at: aileen@atomfilms.ie,” he concluded.