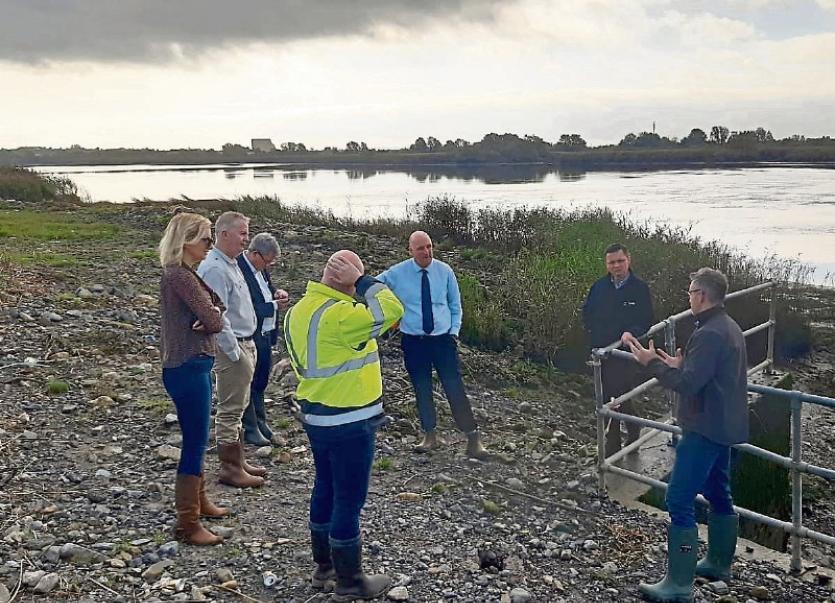 ONE year on from the devastating floods which hit the city’s northside, OPW Minister Patrick O’Donovan has visited lands still recovering from the excess water.

In September last year, there was devastation in Coonagh and neighbouring Na Piarsaigh, who had seen their new €1m pitch –delivered following a huge fundraising drive – destroyed.

A handful of homeowners to the north of the Shannon ​have still not returned to their own homes as a consequence of the flooding.

The blame for the outburst was laid at the door of the Office of Public Works (OPW), which admitted a temporary structure in place had failed leading to the chaos.

Now the new minister in charge of the state agency, Deputy O’Donovan joined his Fine Gael colleague, northside councillor Olivia O’Sullivan for a walk around the area.

Mr O’Donovan joined officials from his department in inspecting the sluice gate which had opened bringing about the carnage.

She said: “I felt it important the Minister saw for himself where the problem had occurred, and got a full explanation as to how it happened, so we can prevent such a thing happening again.

“Thankfully the majority of affected homeowners in Coonagh are back in their houses again now, but several residents were out of their homes for the past twelve months as the damage was being repaired. This has been a very difficult time for these residents and their families, it is important to realise what these people have had to go through, flooding is a devastating thing to happen,” she said.

The pair also visited Verdant Place in King’s Island where Mr O’Donovan was briefed in detail on the King’s Island Flood Relief Scheme that will protect the communities living there who are particularly susceptible to tidal flooding.