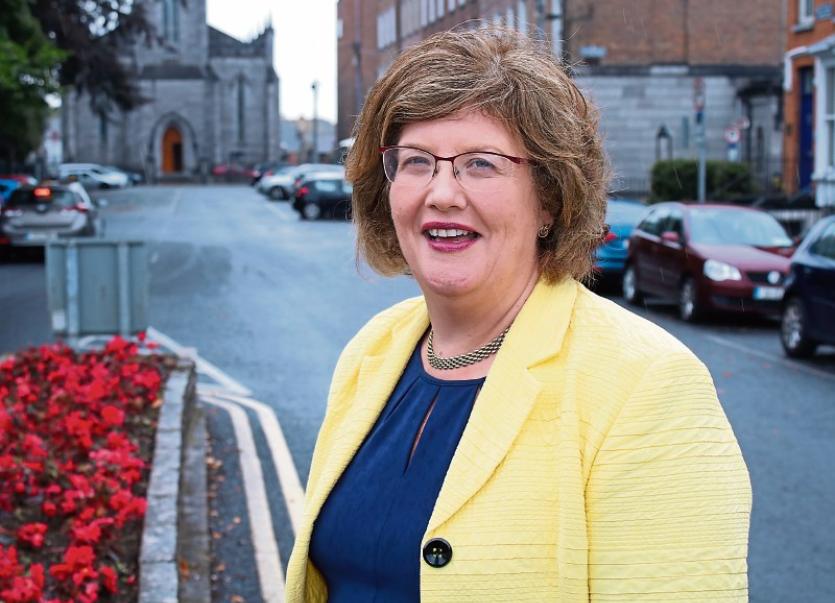 Maria Byrne served on Limerick City Council, and latterly the joint authority between 1999 and 2016 when she was elevated to Seanad Eireann

FORMER mayor of Limerick Maria Byrne is seeking the Fine Gael nomination in the Seanad by-election to replace Michael D’Arcy.

Ms Byrne lost her seat on the agricultural panel of the Upper House earlier this year.

Previous to that, she had also missed out on election to the Dail after Fine Gael saw only one of its two Limerick City candidates returned, Kieran O’Donnell.

When contacted by the Leader today, Ms Byrne confirmed she will be putting her name forward.

The Seanad seat has become vacant after Mr D’Arcy, a former junior minister and Wexford TD, resigned to take up a role as chief executive of the Irish Association of Investment Management.

Back in April at the Seanad election, Ms Byrne was the final candidate to fail to be elected. Having polled the same number of first preference votes as Mr D’Arcy, it was her transfers which helped him and two other Fine Gael running mates across the line.

Sources close to the O’Connell Avenue woman feel this, and the fact no female senators were elected to the agricultural panel by her party put her in with a good claim to the Fine Gael nomination.

Add to this too the difficulty of securing a nomination for that panel, as the long-serving politician also has in place.

A long-serving politician, Ms Byrne won election to the old Limerick City Council in 1999, securing the seat previously held by her father, the late Bobby. She was returned in 2004 and 2009 when served a term as mayor in 2010/2011.

After she won election to the new Limerick City and County Council in 2014, she was then elected to the agricultural panel of Seanad Eireann in 2016.

Fine Gael will run its candidate selection process for the next few weeks. It’s likely Fine Gael, Fianna Fail and the Green Party will unite behind a sole candidate.

And with the government parties holding a healthy majority in the Upper House, whoever the nominee is would be strong favourite to be elected.

Already Ian Marshall, an Independent Unionist from Northern Ireland has declared his candidacy.

Unlike regular Seanad elections, in by-elections, only members of the Oireachtas can vote in these.