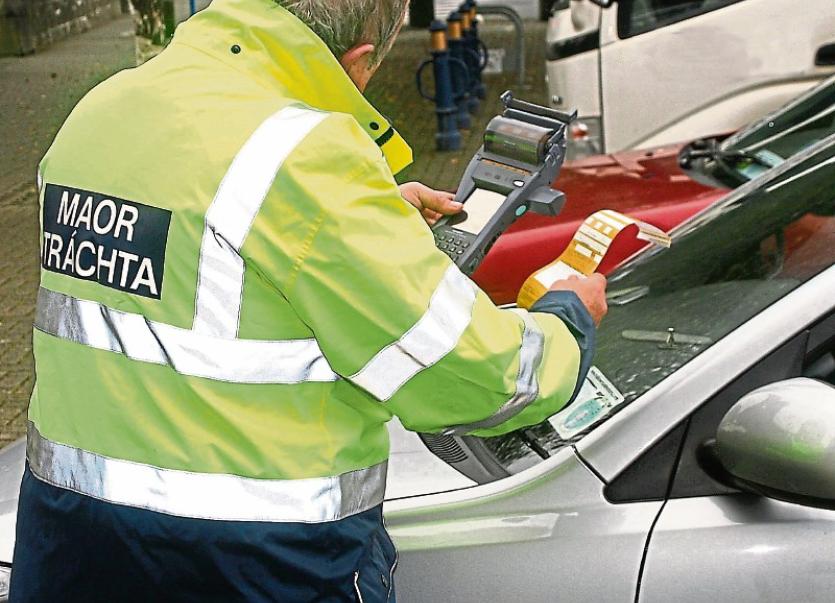 LIMERICK City and County Council earned more than €810,000 from parking fines in the last 18 months, new figures have revealed.

But during the first six months of the year, income from penalising those parking illegally collapsed with the local authority receiving just €170,000 as the Covid-19 lockdown saw people remain at home in their droves.

The figures have led one councillor to warm that cuts may need to be made to services in the upcoming local authority budget.

“There will be an element of having to cut our cloth according to our measure,” said Labour’s Conor Sheehan.

While motorists parking on streets in the city pay as little as €1 per hour, fines for not buying a ticket, displaying an incorrect tax disc or using a bay designated for disabled people can result in fines ranging between €40 and €225.

The figures were presented to Cllr Sheehan after the northside member put in a question at this month’s metropolitan district meeting.

“The council can generally on average rely on about €500,000 for parking fines. It's been the case for the last six or seven years. But obviously with a global pandemic, like everything, the parking fine industry has taken a massive hit. People weren't being charged for parking,” he said.

The Covid-19 lockdown has seen some high-profile shop closures, most notably, Debenhams at the Sarsfield Street-O’Connell Street junction.

A number of 'click and collect' zones have replaced some on-street parking spaces across the city as part of the council's response to Covid-19.

Cllr Sheehan has moved to address the issues around empty shop units across the city.

”If our city centre continues to decline, we've had a number of commercial vacancies, I think they will be waiting a while to get that level of income from parking fines again,” he said.

“We are facing into a difficult budget. We have a massive hole in our finances. I was keen to get a handle on what the figure was [for this year]. I think it speaks for itself,” he concluded.