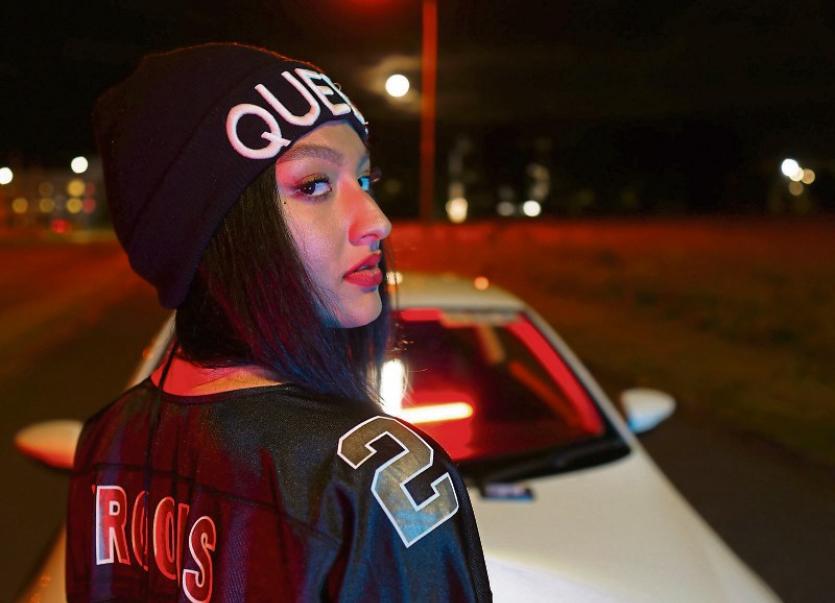 PALLASGREEN native Joyce aims to make a name for herself in the Irish hip-hop scene.

Joyce recently released a freestyle rap called ‘Queen Freestyle’ which has amassed over 1,400 views on YouTube (as of September 21).

She is in her third year of Music and Dance at University of Limerick and discovered her passion for rap over the past year.

“I originally wanted to be a singer but last year I really started listening to rap and I really got into that.

“I always knew I was a good lyricist so I said to myself that I’d try it,” she said.

Joyce’s first experience rapping on stage was when she took part in the Limerick Rose competition.

“I said to myself - let’s try this rap thing in public - and I received great reactions so I wanted to see how far I could go,” she said.

Joyce (full name Joyce Ryan) started to write music and began to rap over her friend’s beats. Joyce was approached by her record label Banger Productions at the Miss Bikini finals last year. “They approached me and really wanted me to get on board with them. The freestyle was their idea and they shot the video and they’ve helped me get my name out there,” Joyce said.

The 20-year-old focuses on the lyrics and the rappers ability to play on words in their songs.

“Logic, J Cole, NF and Machine Gun Kelly would be my favourites,” she said.

Joyce's dream is to perform all over the world doing what she loves, performing on-stage.