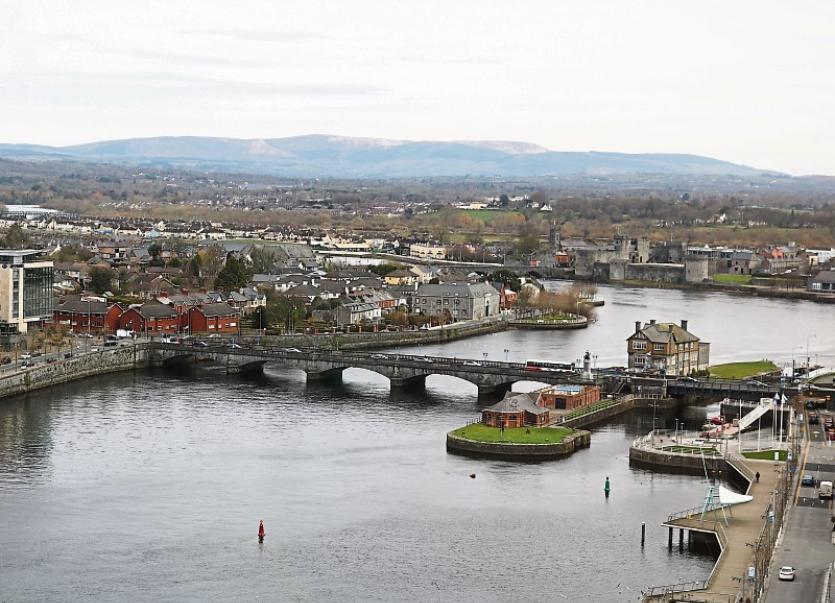 A TRANSPORT executive has suggested placing “cantilevered footpaths” off one of the city’s most historic bridges.

As part of the draft Limerick-Shannon metropolitan transport plan, Sarsfield Bridge would be closed to cars, and be used solely by public transit and bicycles.

But at a meeting on the plan, Fine Gael councillor Daniel Butler said that visuals prepared by the National Transport Authority (NTA) for the Sarsfield Bridge do not accurately reflect the current layout of the riverpass in terms of the number of lanes available.

In response, Hugh Creegan, the deputy chief executive at the NTA said Sarsfield Bridge had not been looked at in detail.

“These are visuals to give a flavour of what we can try and achieve. I’ll be honest. The picture where it’s taken is near the junction on the western side where there is a right turn lane, we’ve sacrificed that to provide for the cycle lanes. What we’ve done in other locations where the bridge isn’t wide enough is cantilevered footpaths off the side of the bridge,” he said.

However, this was criticised given the history of the bridge – built between 1820 and 1835 – and the fact two boat clubs are attached to it.

In response, Cllr Butler said: “They have put one of their central images as an image of two buses and two cycle lanes going over Sarsfield Bridge, which is physically impossible. Sarsfield Bridge is an historic bridge, it cannot be expanded. Then when challenge to suggest cantilevers and a lock at the end of it – it really shows the disregard and the lack of time the staff involved have taken to look at Limerick. It sets off alarm bells for me.”

The NTA also appeared to rule out new suburban rail stations in the briefing.

John Paul Fitzgerald, a consultant on the strategy said: “The land use provided by the local authority has shown it didn’t really support new stations at present through the metropolitan area.”