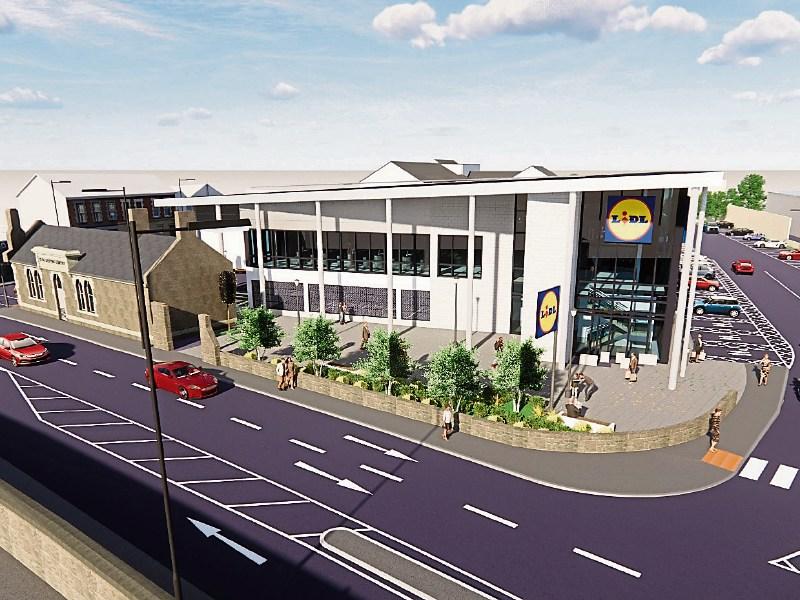 LIDL has been asked to include housing in its plans for the Dock Road by local planners.

As exclusively revealed by the Limerick Leader, the discount retailer is seeking to build a new flagship store at the former National Rusks factory, in a move which it says would generate 30 new jobs.

However, in a request for further information, the council has said that the supermarket “should form part of a mix of uses on site, including residential”.

The local authority has asked the firm to provide a “retail impact statement” which will “demonstrate that the proposed development as outlined shall not have a detrimental impact on the viability and visibility of the city and existing retail centres.”

On top of this, Limerick City and County Council believes the number of parking spaces proposed by Lidl – 100 – to be “an inefficient use of space and not in keeping with national guidance”.

Limerick council planners have also called for a bat survey to be completed on the site.

Lidl now has six months to return to Limerick City and County Council with proposals on how to address local planning concerns. ​

All this comes as Lidl Ireland breaks ground on the construction of its latest store on the other side of the city – in the Clare suburb of Westbury.

More than 30 jobs are set to be created once the store opens here.

Monami Construction has been awarded the contract to build, and following the installation of Covid-19 protective measures, have began construction.

The planned store will incorporate a range of sustainability features including an ISO 50001 certified energy management system, electric vehicle charger spaces and a solar panel system.

Paul Downey, regional property executive, Lidl Ireland said: “We are delighted to see construction start at our site and are eager to support the local community with significant investment, job creation and the highest quality at the best prices when we begin trading.”

He said: “It’s fantastic to see that the shovel has broken the ground on this long-awaited development. Site preparation works has begun where Lidl will be; they have started clearing and excavating the ground for the pouring of the foundations,” he said.

Lidl currently has three branches in Limerick – at Childers Road, the Ennis Road and the Dublin Road.

This project is also still awaiting further information from the developers.