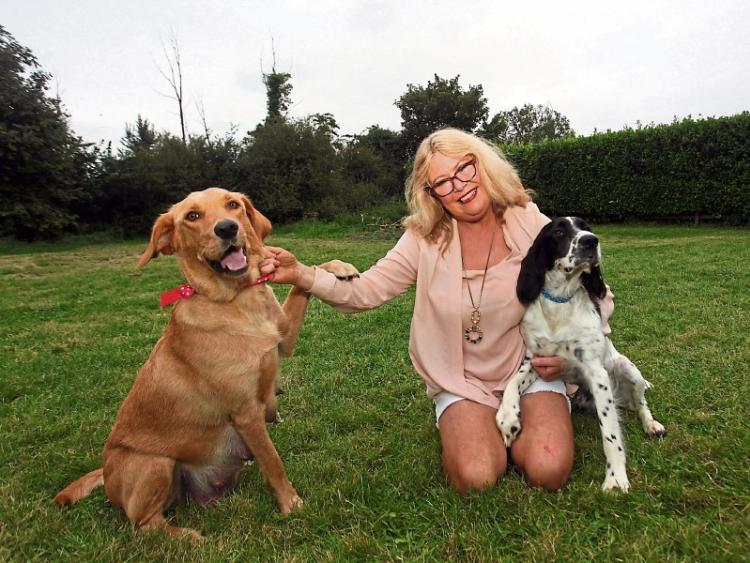 A LIMERICK woman who made international headlines when her dog produced 16 puppies has had to install CCTV to deter pup-nappers.

Mary Allen-Killing was shocked to discover over the weekend that people attempting to steal little puppies had targeted the village of Crecora, where her pooch Bella had given birth to a record-equalling 16 dogs.

Reports were made to the gardai of a small blue van with a “Northern or English registration” with a ladder on the roof.

Two males with hi-viz jackets were reported to be attempting to enter local homes, in what is believed to be an attempt to steal little puppies, whose value has shot up during the Covid-19 lockdown.

Mary, who gave all but one of her puppies away for free to loving homes, was shocked, and saddened and has taken measures to ensure her dogs are safe.

The mum-of-five, who was away at the family’s holiday home in Kerry at the time, said: “They were absolutely, 100% looking for our house. They must have driven up and down. I’d say they were looking for my puppies. They probably didn’t realise they had all been given away. It was very worrying over the last few nights the thought that anyone would come into our gate and try and get in.”

Bella gave birth to the record-equalling litter late in July – but Mary only revealed the news after she had homes guaranteed for them all.

This was deliberate, she explained, to avoid the glare of thieves.

“They were at the end of their journey to new homes. There was no way I was going to highlight it earlier. I had not told family members or friends or anyone on Facebook. I had told people not to tell anyone. We had them warned: you keep this to yourself,” Mary added.

As a result of hearing about the presence of these thieves in the area, Mary has upped security around the family home.

“We’ve had CCTV cameras and everything installed. Isn’t it just so sad we have to do that? Even leaving them out now I’m worried. I’m petrified Archie might make it through the gate. It’s such a worry now on top of everything,” she said.

Mary said she does not regret for a minute not taking money for the litter of puppies.

“How could you hand over something you love so much to somebody and charge for them? Bella and Archie are my babies. I’m probably too soft to be honest with you,” she said.

The supposed thieves were spotted last Friday around 12:30pm.