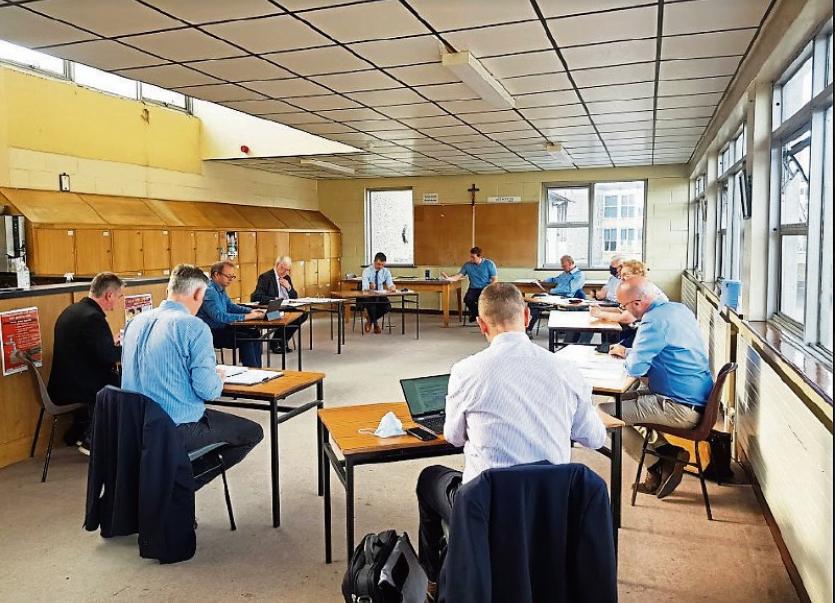 PLANS for an expansion of a city centre school have taken a major step forward after a design team was appointed to the multi-million euro project.

As exclusively revealed by the Limerick Leader back in May, Coláiste Mhichíl CBS, which is almost 200 years old, is set for what’s been described as a “transformational upgrade”.

It will see its student numbers increase from 330 to 550.

The landmark 19th century building at Sexton Street is to remain untouched, but its interior will be completely upgraded as part of the proposals which can go forward after an “eight figure sum” was approved by government.

An extension is to be built at the rear of the school, with a building constructed in the 1980s demolished. This will pave the way for state-of-the-art classrooms, science labs, practical rooms and sporting facilities. Notably, an ASD unit will be included to provide support for children with autism.

School principal Denis O’Connor says its “foot on the gas” and “all go for” the project, following the appointment of the design team which in its number includes two Limerick firms.

The architectural lead is Healy Partners, based in Glentworth Street, while Don O’Malley and Partners, located at O’Connell Street are providing mechanical and electrical engineering services.

Neither firm are strangers to huge educational projects, with Healy and Partners designing the new John F Kennedy memorial school at the Ennis Road, Ard Scoil Ris and St Munchin’s College at Corbally.

Don O’Malley, meanwhile has a huge portfolio including the Limerick Institute of Technology’s campus at Moylish, and parts of the University of Limerick in Castletroy.

“We are delighted that companies that have such vast experience within the line, especially in regard of school buildings, are doing well out of this project. It’s great Limerick company is leading the design, because financially, it is a massive project. It is of great benefit in terms of creating local employment,” he said.

The design team will be asked to follow a comprehensive brief from the Department of Education and come up with three different designs for the new building.

These will then be assessed by the department and the preferred design will then go forward to Limerick City and County Council’s planning department.

Surveys of the site in Sexton Street will be taking place next Monday, with further work planned for the October mid-term break.

At this time, there will also be geo-surveys of the grounds.