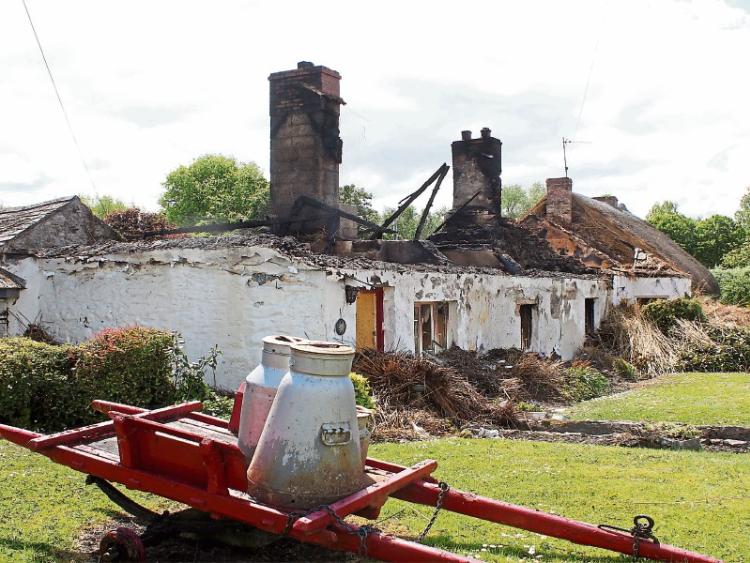 THE owners of a thatched cottage in Adare which was destroyed by fire more than five years ago have been given until early November to confirm a timeline for works to reinstate the property.

The owners, who acquired the premises since the fire in June 2015, have appealed the decision of Limerick City and County Council to initiate enforcement proceedings against them.

A statutory notice, requiring the owners to restore the cottage to its original state, was served on the owners last year.

At Newcastle West Court, solicitor Will Leahy said the cottage has not been reinstated and that the local authority wants to see progress being made.

“All I want is a timeframe so the council can inform the locals when this eyesore is likely to be repaired,” he told Judge Mary Larkin submitting that things have been moving at a “glacial pace” since the notice was served on the owners,

Solicitor Rossa McMahon said his clients bought the cottage from “some sort of fund” and that there have been difficulties finding a contractor to carry out the works.

He said the property had been “let rot” for some time by the previous owners.

The solicitor said some works have been carried out by his clients but that it is “quite difficult” given the sensitive nature of the works.

“The previous timeframe fell apart,” said Mr McMahon who added that the site was ordered to close for a month earlier this year due to restrictions surrounding Covid-19.

Judge Larkin was told there is a related planning application and that his had complicated matters further.

Adjourning the matter, Judge Larkin commented that everyone wants to see the works being completed so that Adare can return to being “a beautiful and pristine village”.