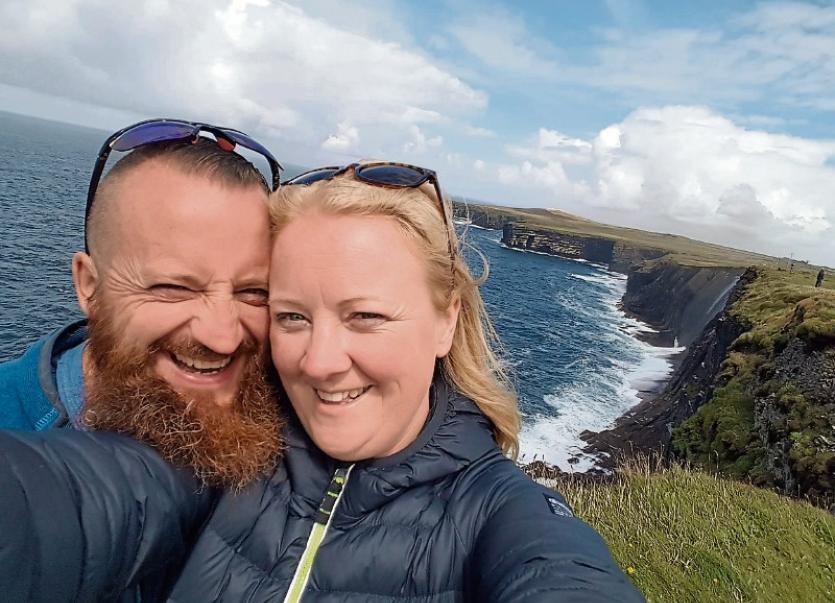 METROPOLITAN district leader Sarah Kiely, who tragically lost her husband Damien to cancer, has backed the Dying with Dignity bill.

But she wants to see members of Fine Gael afforded a free vote when the matter comes before Cabinet.

And the City East member looks likely to also be invited to address the party’s top brass on her own experiences of losing a loved one so early in life.

The bill, which allows terminally ill people to end their own lives, is to be debated in the Dáil in the coming weeks, and has secured the backing of Sinn Fein, which makes its passage more likely.

It’s something which has hit Cllr Kiely personally, following the passing of her husband aged just 45 in 2018 in Milford Care Centre.

“We did discuss this issue when Damien was first diagnosed. I felt very strongly about choice. He did say to me if things got really hard and he wasn’t able, he said would you help me. I said yes,” Cllr Kiely told the Leader.

“For me, it is important that end of life care is appropriate. Sometimes it’s difficult to have these conversations with people. Obviously I had to have these with Demien, he had to have them with me, because we came to a point where we realised things were not going to plan.”

Cllr Kiely has acknowledged that it is a “vote of conscience” and has urged Fine Gael leader, Tanaiste Leo Varadkar to allow people to express their wishes in the way they feel.

“It’s important everyone is heard in this debate. If I had a vote in this, I would go in favour. But I really hope the parliamentary party chair Richard Bruton will impress upon people how important this bill is. I see it as very progressive. Fine Gael has been very progressive up to now with the marriage equality referendum and the repeal of the eighth amendment,” she said.

The Janesboro woman has also lobbied local TD, and former council colleague Brian Leddin, who is the chair of the Greens parliamentary party on this.

”The last week of Damien’s life was very stressful. I felt very alone. I felt an awful lot of pressure,” she said.

Cllr Kiely could also take up an invitation to address the Fine Gael parliamentary party on the matter once Covid-19 restrictions allow.

She feels the passage of the bill would be a “lovely way to remember Damien.”

”I would have done anything to help Damien. Whatever he wanted, it was never questioned, it was just done,” the first-term councillor added.