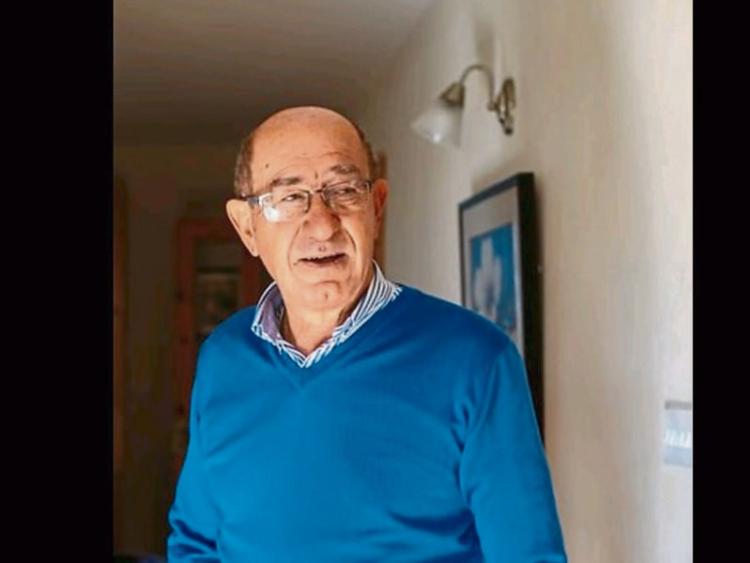 THERE is immense sadness in Limerick following the passing of local Italian restaurateur Alfredo Coppola.

Anna, Claudia, Simona, Bruno, Stefano and the extended family described him as “a wonderful husband, father, brother and friend.”

“He was always up for a laugh and joke and lived for the restaurant and all his loyal customers,” they added.

In a separate Twitter message, La Cucina proprietor Bruno Coppola added: “Our hearts are broken. We miss you terribly Alfie.”

City businesswoman Helen O’Donnell, who runs the Hunt Museum cafe said: “They are probably the longest standing Italian restaurant in the city. It’s a sad time for the family obviously, but also the Italian community. As you know, Italian communities and families are very close knit. It’s sad for the whole Italian community in Limerick at a time when it’s very difficult to grieve and have normal funerals.”

Last night we lost our beloved Alfredo. A wonderful husband, father, brother and friend. He was always up for a laugh...

She described Alfredo as “just a charming gentleman”.

Cllr Olivia O'Sullivan, the co-founder of the Limerick Food Group and the Pigtown food festival added: "His restaurant has been one of the longest standing in Limerick operating for the last 35 years, and one of the forerunners in our modern dining culture. The Coppola family are well known in Limerick, in restaurant and rugby circles particularly, and the La Cucina restaurants are a legacy of Alfredo also with his son Bruno at the helm there. My sympathies to all his family and friends, to the staff and customers too who will be very saddened at this news today."

“He will be remembered for the most delicious Italian food firstly! The lovely thing about La Piccola is they’ve stayed in the same premises, they’ve been so consistent. It’s like going into a traditional Italian home to eat. I’d meet Alfredo him in Musgrave’s and various wholesalers, and he was the most charming man. It’s a really sad day for his family, his community and the city,” she concluded.

Our hearts are broken