Mayor calls for an upgrade of playground in Limerick town 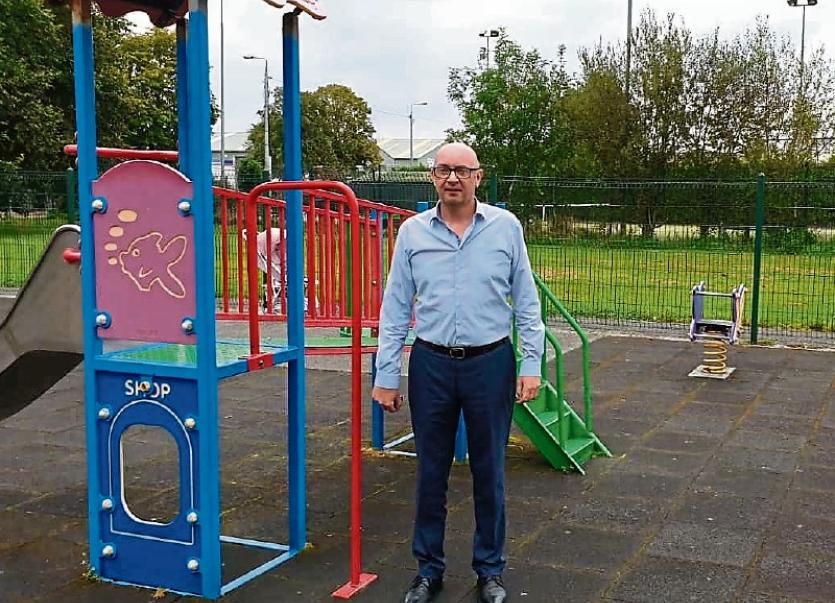 Mayor of the city and county of Limerick, Cllr Michael Collins

LIMERICK City and County Council has agreed to commence a feasibility study for upgrades to the playground in Newcastle West.

The facility at the edge of the Castle Demesne has become damaged in recent years, and Mayor Michael Collins, who represents the town, urged council bosses to improve it.

At a meeting of the Newcastle West municipal district, he secured an agreement to have a ranger looking after the park on a daily basis.

He feels with Newcastle West being Limerick's county town, a bigger playground is needed.

"The fact is we are the county town, and the play area is quite small and not fit for purpose. It's small. The slides are old, and need to be upgraded. Gordon Daly agreed and said what should do is look at a feasibility study to see what's needed to put a costing on it. Once it's costed, they can put the money side on it later," Mayor Collins said.

A popular facility, the mayor says people come to visit it from miles around.

"It's on the edge of the Castle Demesne on 77-acres of woodland. People don't just come from Newcastle West to it, but other areas. It's busy, and it should be a lot more modern to give kids a more enhanced play area then what is there currently," she said.

"We look at Loughill and everybody speaks about the playground there. I know a lot of people who travel to Loughill [from Newcastle West] to let their kids use the playground. So that's a rural village. The county town should have something equal to if not better than that," Mayor Collins added.

The first citizen has welcomed the commitment to tackle the matter.

"It's something which has been on the agenda for a while, the condition of the playground, and especially its maintenance. I'd hope the report is commissioned quite quickly, and we get some sort of an idea on what can be built there," he concluded.