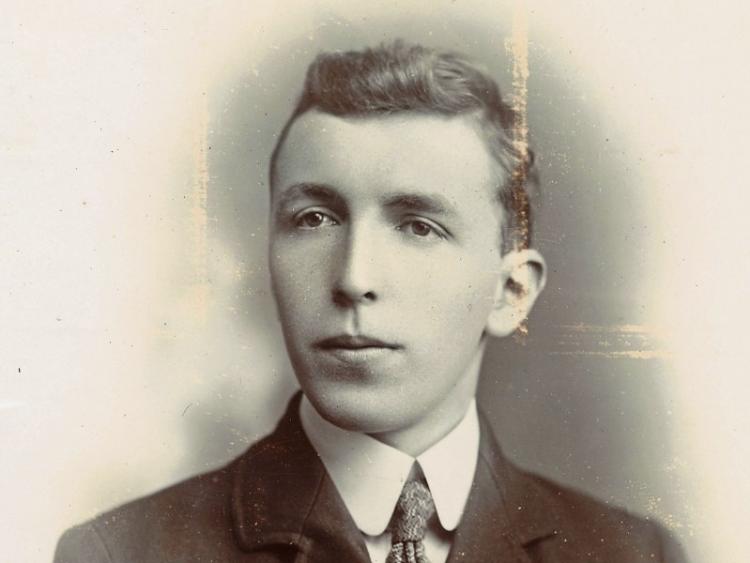 ONE of the forgotten figures of the Irish revolution will be honoured this weekend in the Limerick village where he spent his final days.

This Saturday, the Castleconnell Historical Society will unveil a plaque to the revolutionary, Quaker and publisher Bulmer Hobson.

The ceremony will happen in the garden at number one, the Tontines, the home where he died in his sleep on August 8, 1969.

Born in Belfast in 1883, Hobson was one of the key architects of the Irish revolution, many argue.

In the decade before the Rising, he worked tirelessly to organise republicans for independence.

However, the name Bulmer Hobson does not roll off the tongue as readily as the likes of Seán MacDiarmada, Thomas MacDonagh, Patrick Pearse, Éamonn Ceannt, James Connolly and Joseph Plunkett, all of whom are widely celebrated in the State.

However, top local historian Dr Angus Mitchell believes that Mr Hobson's role was so vital, it is not a stretch to suggest that were it not for him, the revolution may never have happened.

"I would say that yes. He was quite critical," he said.

Dr Mitchell, who has studied the life of Hobson, and delivered lectures on the man himself, added: "For me, one of the disgraces if that Bulmer Hobson has to some extent been written out of the commemorations over the last few years since 2012 when the decade of centenaries began."

Asked why he felt this is, the academic said: "In one way, it's easy to answer: he is from the north, and he was a Quaker. Also, when the rising happened, it took MacNeill'sl side, rather than the ITB, Pearse and Sean McDermott."

Dr Mitchell feels that only for the work of the celebrated cleric, historian and activist FX Martin, Hudson's memory might not still be alive today.

"Essentially after the Free State came into being, there was an embargo on the study of history beyond 1900. So the whole revolutionary period was shut down to academic research. It was only FC Martin who in the late 1950s started to transgress over that embargo - he did it while interviewing Bulmer Hudson," he said.

In Easter 1916, the Irish Rebellion, Charles Townsend described Bulmer Hudson as "The IRB's leading strategic thinker who played a leading part - perhaps the leading part – in the mobilisation of a credible Irish liberation movement in the decade before 1916.’ (19).

But on the eve of the Rising, Hobson sided with MacNeill and opposed the plans of Pearse and Clarke. To keep him out of trouble, he was held by the IRB under house arrest until the insurrection was well under way.

After 1924 his skills as both a printer and publisher transferred into a state job as deputy director of stamping in the Office of the Revenue Commissioners.

From his office in Dublin Castle, he was responsible for the government’s printing requirements, notably passports, postage stamps, pension books, government forms and licenses and other ‘secure’ documents.

On his retirement in 1948, he went to live in Roundstone, Connemara, until the early 1960s when a stroke forced him to reside with his daughter, Camilla, and son-in-law in their family home in Castleconnell.

It was there that he compiled the chapters for his volume of memoirs, Ireland Yesterday and Tomorrow (1968).

At Saturday's event, there will be brief speeches from Bulmer Hobson’s surviving son-in-law, John Mitchell; the founding President of the Castleconnell Historical Society, Henry Nash; and the historian, Angus Mitchell.

Due to current government restrictions, attendance at the unveiling is restricted to members of the Hobson family and their closest friends.

Once the restrictions are lifted another public event is planned.