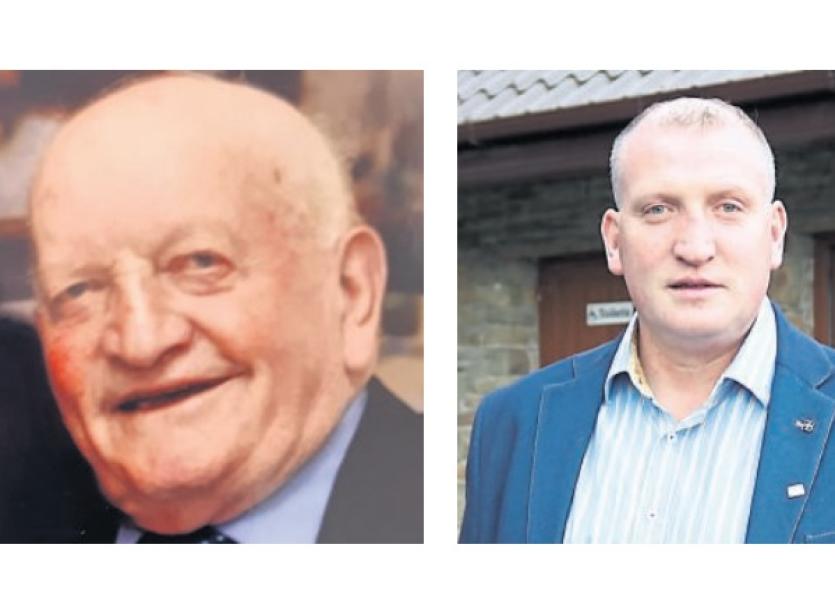 The father and grandfather passed away at home in Ballaugh, Abbeyfeale on September 1.

A meeting of the Newcastle West municipal district due to take place the following morning was adjourned out of respect.

It was rearranged for last Wednesday. Cathaoirleach Francis Foley said a vote of sympathy to the Galvin family was passed.

“Our thoughts and prayers are with the Galvin family,” said Cllr Foley.

On behalf of his family, Cllr Galvin said the adjournment was a lovely gesture and really appreciated.

“My father was a great father to all of us. He loved life more than anybody I have ever known. He loved politics, the GAA, farming, his family, his grandchildren and talking to people,” said Cllr Galvin, who has seven siblings - Joan, Christine, Helen, Lisa, Carmel, Rose and Donal.

On the evening the beloved husband of Betty died, Cllr Galvin said his father had been out with his two dogs.

The Fine Gael councillor said the previous day had been very tough.

“It was my first day back in the farmyard. Even though I was the boss he was the boss. He gave me great advice over the years which I will always cherish and remember,” said Cllr Galvin, who thanked his fellow councillors and council staff for their support.

“People don’t realise the shock of the passing of a loved one until it comes to your own doorstep. The local authority tackles storms, frost, rain and when it comes to bereavements they tackle that too,” said Cllr Galvin.

The esteem Jimmy Galvin was held in was clear for all to see by the numbers who stood in a guard of honour following his funeral in the Church of The Assumption Abbeyfeale. Afterwards he was laid to rest in Reilig Íde Naofa Abbeyfeale