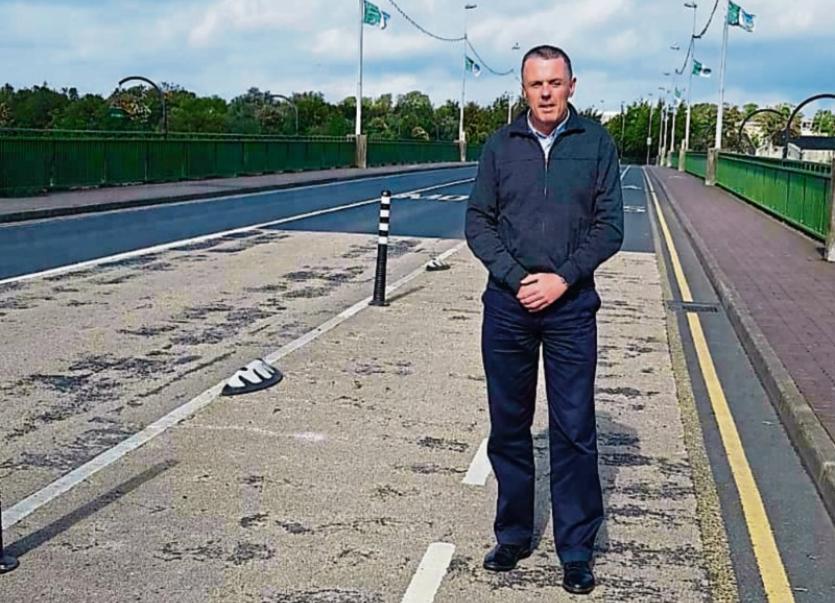 MORE than 400 people have signed a new petition on the internet urging council to backpedal on the cycle lane at the Shannon Bridge.

Local activist Pat O’Neill is leading the calls to call on the local authority to axe the bike lane and revert back to the free-flow of traffic.​

Council retained the bike lane, which was introduced as a part of Covid-19 response, and saw over 1,000 people petition to the authority to keep it, which it did last month.

But Mr O’Neill said: “People have been contacting me with a lot of anger because of the disruption the cycle lanes are causing. People are trying to get into work on time, trying to get the kids to school. I know a lot of people out my way who need to get kids into city schools and get out to he primary school again. We’re not serviced by a bus on the Condell Road, all there is is the Galway Express. I asked the engineers to get public transport in there, then penalise motorists then.”

“This lane is a key safety feature for all cyclists as they make their way from the northside of the city into the city centre and beyond each morning. Within the wider group of utility cyclists that use this lane a number of times a day,” they said.