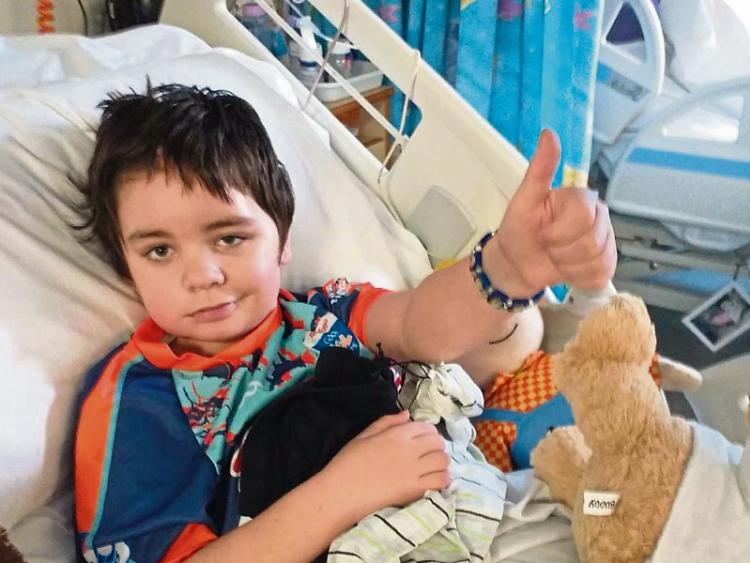 The Rise4Dáithí GoFundMe page was set up on August 14

DÁITHÍ Lawless looks up to the All-Ireland hurling champions and the rugby legend pictured on the right, but it's his bravery that is inspiring them!

“This is for 30 minutes per day at the moment but is a fantastic milestone to have achieved given where he was only a few short months ago after the accident. His character is coming through and the staff in Temple Street and followers on our Rise4Dáithí Facebook page  have seen the devilment in his eyes and his roguish smile which has lit up everyone that has seen it,” said Jack.

The Rise4Dáithí GoFundMe page was set up on August 14 and as of September 14 the figure was nearing €55,000. The committee’s aims are to get Dáithí home for Christmas which requires his home to be altered to accommodate him and suitable transport to take him up and down to Dún Laoghaire for his long road of rehab. Jack says when they started the GoFundMe page they were hopeful that people might be good enough to donate however little they could.

“But nothing prepared us for the outpouring of generosity that we were about to witness. In less than four weeks, we have achieved our initial goal of €50,000. This is astonishing and has left the family and the committee humbled and so grateful. We are in the midst of a global pandemic and although many people are struggling, they still give to those in need. It is the very essence of human nature at its finest. In a world of darkness, people’s good nature becomes the light that is so badly needed,” said Jack.

"On behalf of the committee and Lawless family, he wholeheartedly thanked everyone that has supported this cause. “Many by means of donations and many more by means of well wishes via messages, emails, and video messages. We post these and more on the Facebook page to show how the story of a young boy from a small corner of the country can capture the hearts and imagination of a nation,” he added.