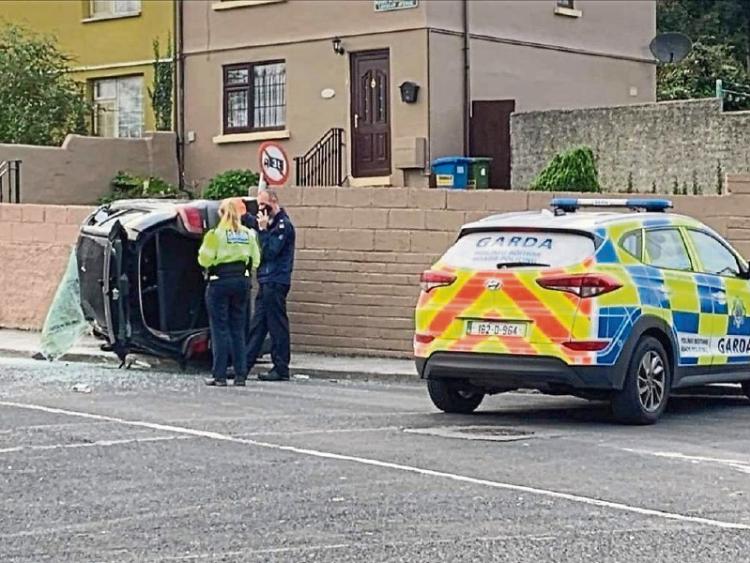 Gardai at the scene of the incident

TWO teenage joyriders flipped a car after crashing into a wall while two funerals were taking place in the Prospect area.

Gardai are investigating the incident which took place on Lenihan Avenue, Prospect at 7pm on Thursday evening. When gardai arrived “no persons were present at the scene” said the spokesperson.

The crash occurred a short distance from where two young men died on the Hyde Road in June following a collision between a car and a cyclist.

Cllr Catherine Slattery was on the Hyde Road that evening.

“One of the families were gathered together to mourn the loss of their father and they had to be subjected to a car doing a donut right beside them. It’s a complete lack of respect,” said Cllr Slattery, who caught a fleeting glimpse of the driver.

She estimated his age at 14/15. There was also a youngster in the passenger seat.

Cllr Slattery and a family member were crossing the road to pay their respects at one of the funerals.

“The car did a donut in the middle of the road. The car was speeding and all over the road. We didn’t know what was going to happen so we just kind of ran and got up on the other footpath across and the car just sped past thank God.

“What if that car had overturned there and then? Two innocent people going to a funeral would have been killed in the middle of Hyde Road,” said Cllr Slattery, who can’t understand the mindset of the joyriders.

“It’s after happening so many times on the Hyde Road. They’ve seen it happen. They’ve seen the funerals going up and down. They've seen flowers and little tributes marking the area where people have died but it’s not sinking in.

“They don't care about the lives of innocent people and when that car overturned they could have been killed,” said Cllr Slattery, who called on the gardai to carry out extra patrols. 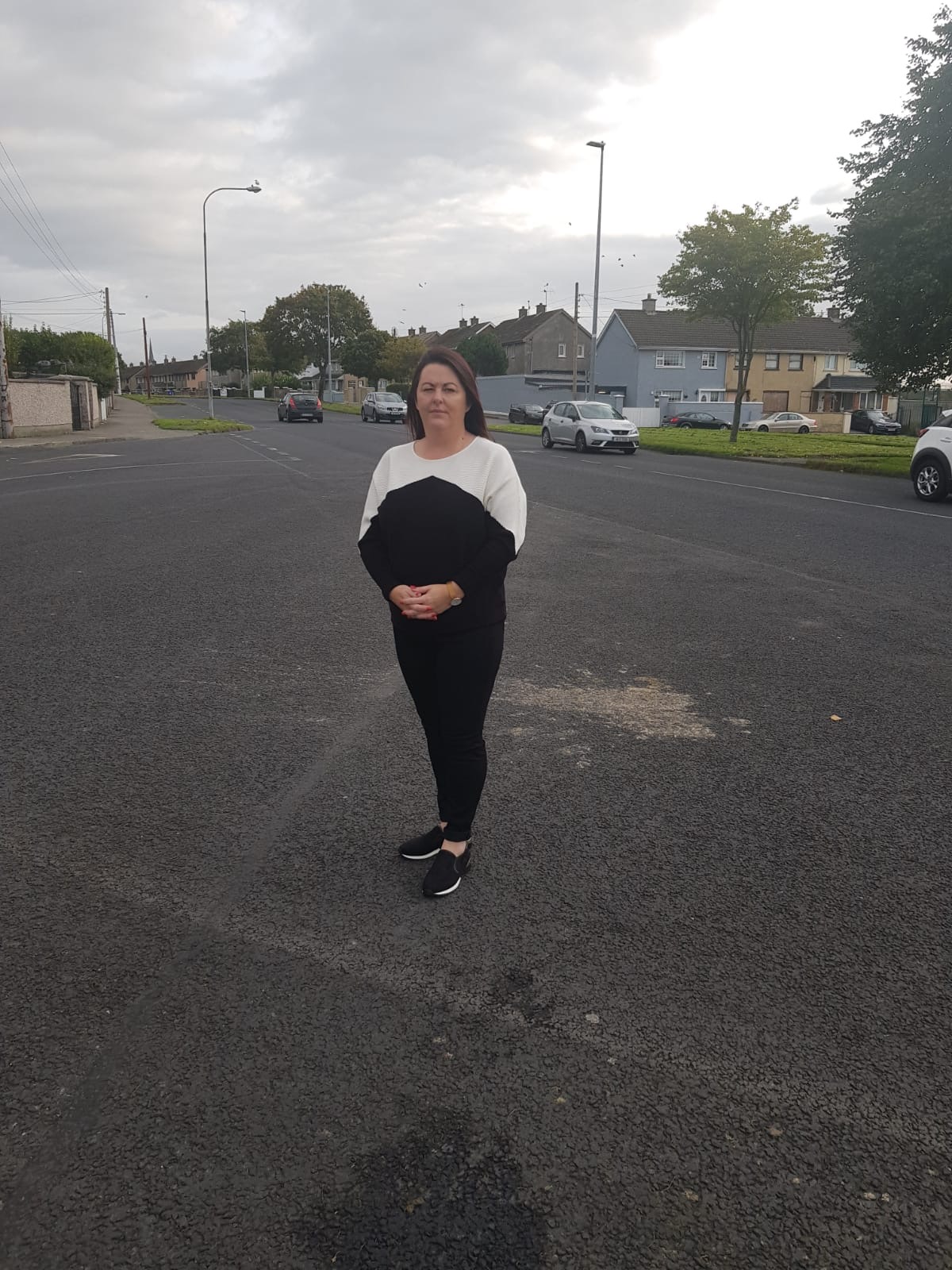 The Fianna Fail councillor said joyriding is practically an “every day occurrence”.

“We are used to the noise and we are used to the cars speeding up and down but that's not right in a housing estate. There are a lot of elderly residents and there's a lot of children around the area, out on their scooters, on their bikes, out playing. Kids could have been killed on Thursday evening. I am fuming over it,” said Cllr Slattery, who adds that there are people whose relations have died on the road watching all of this still going on.

“Their anxiety levels are through the roof because they know the hurt and pain and loss that this can bring to a family. They are still subjected to watching these cars speeding up and down the road. It terrifies them. They see the lights flashing and think, ‘Is that another life gone tonight?” said the councillor.

Cllr Slattery said Limerick City and County Council has applied for funding to reduce the width of the Hyde Road, put in cycle lanes and a number of safety measures.

“This funding cannot come quick enough to prevent this disgusting carry on,” she concluded.