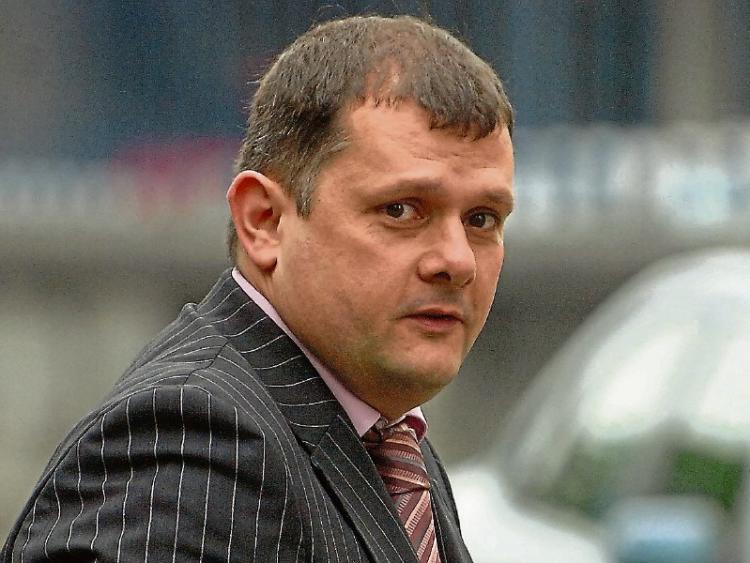 The High Court has dismissed a garda superintendent's application to have his suspension lifted which would allow him to return to work.

Mr Justice Senan Allen ruled that Supt Eamon O'Neill, 53, was not entitled to an injunction, which would remain in place pending the outcome of his challenge against his suspension on pay from duty.

Supt. O'Neill's suspension by the Garda Commissioner, the judge held, was justified.

The Judge added the applicant had not at this stage of his proceedings against the Commissioner and the State made out a strong case that is likely to succeed when the full hearing of Supt O'Neill's challenge against his suspension comes before the court.

Supt O'Neill who was part of the team of officers who secured five murder convictions in the Limerick city gangland feud, claims the allegations for which he was suspended were preposterous and false.

The plaintiff, who was attached to Roxboro Road garda station prior to being suspended, was first suspended over a year ago after he was arrested and questioned over allegations that he leaked confidential information and was in the presence of another senior officer who allegedly snorted cocaine.

He strongly denies the allegations which he described in an affidavit as "preposterous and mischievous in the extreme."

He is currently the subject of disciplinary and criminal investigations. Supt O'Neill, the court noted, has been critical of the progress of those probes.

In his action against the Garda Commissioner and the State, Supt O'Neill seeks orders including an injunction restraining his continued suspension which he claims have adversely affected his health.

The Commissioner and the State opposed the application, and argued that the Superintendent's suspension, which was renewed on several occasions, is justified.

The superintendent, who is stationed in Roxboro Road, Limerick, says he was arrested after he was awoken in his bedroom on the morning of May 15 2019 to find several gardai around him.

He was taken to Athlone garda station where he was questioned.  There were headlines in the national media that day about the arrest and he was later released and served with a suspension notice.

It is claimed he told a garda being investigated by the National Bureau of Criminal Investigation (NBCI) that a listening device had been placed on his car.  That garda – a detective – has since been charged with serious criminal conduct.

Supt O'Neill rejects that claim and says he fully co-operated with the investigation over the alleged leaking of information.

It was also alleged he was present in the Hurler's Bar in Limerick on January 9, 2019 when a garda inspector colleague was alleged to have taken cocaine in his presence.

In relation to that allegation, he says the other officer never did not take any cocaine. The officer has not been charged and it was reasonable to conclude there was no evidence of cocaine use, he says.

If those allegations, which are denied,  are proven they would amount to attempts to pervert the course of justice.

In his decision Mr Justice Allen agreed that the suspension was justified and said he was satisfied to reject Supt. O'Neill's motion for an injunction in its entirety.

The Superintendent had failed to make out a strong case, likely to succeed at the full hearing of the dispute that his suspension had been invalidated on any of the grounds raised, the Judge said.

The suspension was not invalidated by the fact the views of Supt O'Neill's divisional officer were not canvassed nor by any disclosures to the media that he had been arrested, the judge added.

The judge added that details of the Superintendent's previous service, his involvement in the community, his sporting career, his arrest and the search of his home "were completely irrelevant to the validity of his suspension."