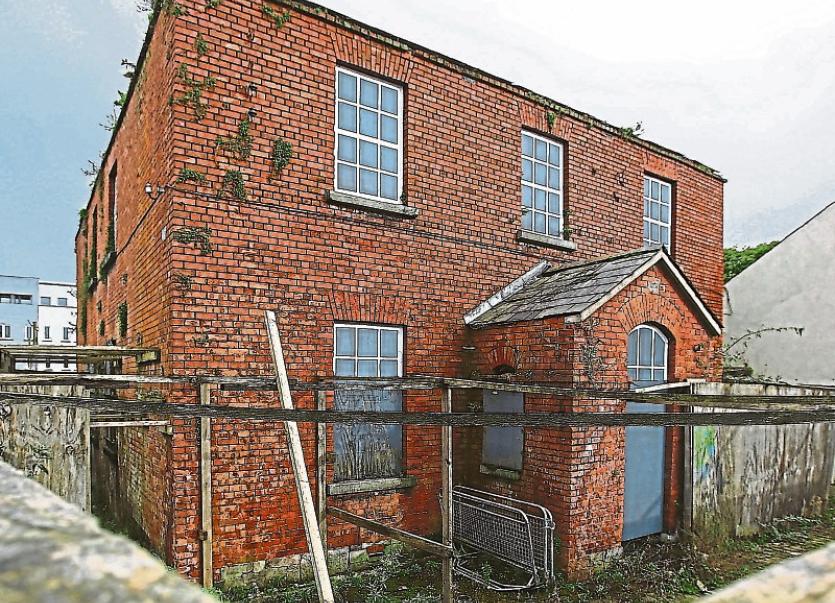 A SINN FEIN councillor has called on Limerick City and County Council to develop a derelict site in ‘the heart’ of the medieval quarter, two years after it was purchased by the local authority.

The former Mary Street garda station, which has not been in use for over 20 years, was taken over by the council in early 2018, after continuous campaigning by former mayor John Gilligan and Limerick City North councillor, John Costelloe.

However, the site remains derelict with no function, and now Cllr Costelloe is anxious to see the dilapidated site developed.

“This site  has deteriorated over many years of neglect by the OPW and it’s high time it was cleaned up and developed to its full potential,” he said in a statement last week.

“Given the fact we are in a housing crisis there is a real onus on the council to progress plans to bring it back into use. This building has been left as an absolute eye sore in the community for too long. We need to see fast-tracked plans from the council and make sure the tendering process is not left to linger. Just as importantly we will need the Government to release the necessary funding to start the process,” he said.

He added that the site is just a two-minute walk away from City Hall at Merchants Quay, but it is being “left to fester into disrepair.

“I very much welcome the acquisition of the site by the council, and will be pressing for a swift plan of action and funding for same,” Cllr Costelloe stated.

It was reported in 2017 that the council was in discussions with the OPW to purchase the former Edward Street garda station.