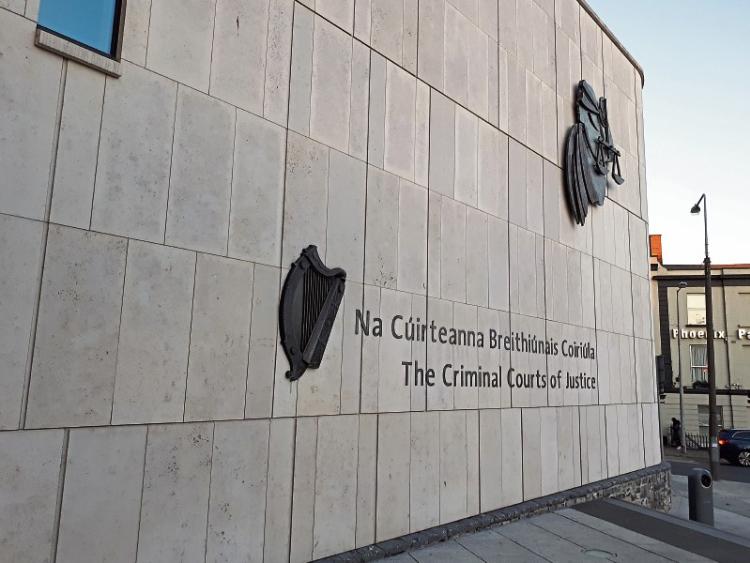 There was nothing to justify a Limerick man's decision to use force against his friend in a bar following a row over payment for cocaine "let alone the level of force used", a prosecution barrister has told a jury at the Central Criminal Court today.

The trial has heard that the deceased sustained six stab wounds in the pub, including two fatal ones to the heart and jugular vein, after insisting to the accused that he was owed €100 for cocaine.

Evidence has been heard that the accused admitted stabbing the deceased to gardai but said he had acted in self-defence out of concern he was going to be attacked as he was not from that part of Limerick city.

Mark Crawford, 43, who has an address at Quarry Road, Thomondgate, Limerick has pleaded not guilty to murdering Patrick 'Pa' O'Connor, 24, at Fitzgerald's Bar, Sexton Street, in Limerick city between July 7 and July 8, 2018.

In his closing address today Counsel for the State John Fitzgerald SC appealed to the jurors to decide the case in accordance with the evidence and not with their emotions.

Assistant State Pathologist Dr Margaret Bolster has testified that she conducted a post mortem on Mr O'Connor and found six stab wounds on his body, including those to his heart, jugular vein, neck and arm.

Mr Fitzgerald said the accused told gardai in his interviews that he had never meant to kill Mr O'Connor. "Just because he said that does not mean you have to believe it. You can intend something without desiring it," he pointed out.

The barrister stressed that if one puts a knife into the neck, heart, back and arm of another person then it is a natural and probable consequence that one is going to cause death or serious injury to that individual.

"If you agree with me then you can safely infer that Mr Crawford intended to kill Mr O'Connor and no amount of remorse or tears alters that," he submitted.

The lawyer argued that it was clear that the accused had gotten rid of the flick-knife used in the attack and did it in such a way that gardai would never be able to retrieve it.

He said Mr Crawford was shown in CCTV footage wearing certain clothes during the incident in the Limerick pub which were never found. Mr Fizgerald asked the jury to decide if this amounted to panic or self-preservation.

Mr Fitzgerald said the accused man went to his sister's house at O'Briens Bridge in Clare and then Nenagh in Tipperary following the incident before surrendering himself to gardai in Shannon, Tipperary two days later.

"That is a lot of movement, a lot of time and a lot of thinking time. All of his actions suggest fear of the consequences rather than remorse. It was more regret for the situation he was in rather than for Mr O'Connor," he submitted.

Mr Fitzgerald reminded the jury that barman Cyril O'Connor testified that he remembered Mr Crawford holding Mr O'Connor with his left hand while punching him repeatedly with what one now knows was a knife in his right hand. The witness also drew the jury's attention to that fact that the witness said Mr O'Connor was sitting down at the time and Mr Crawford was standing up.

Regarding the issue of self-defence, Mr Fitzgerald said that when one looked with any degree of closeness at the case there was nothing to suggest an attack that could have justified the accused's decision to use force, let alone the horrific level of force used.

"If that level of threat could ever justify being stabbed then the streets would be littered with bodies," he said, adding that Mr Crawford told gardai that he might have got a dig at most from Mr O'Connor. "There was not a standoff, whatever happened was instant. Nothing like this comes even close to the level of force that was inflicted," he added.

Defence counsel Patrick McGrath SC submitted in his closing speech that his client was genuinely distressed and remorseful for what transpired that night and to suggest otherwise was asking one to misinterpret the evidence. "This is a tragic, unfortunate and very sad case. There can be little if any doubt about the remorse Mr Crawford had after he realised what he had done," he said.

The lawyer said his client was not a cold-blooded man and there was no evidence to suggest he was a calculated killer.

Mr McGrath said Mr Crawford morally believed he was responsible for his friend's death from the outset. However, he said that no one intended to do harm to anyone that day and murder verdicts were reserved for the most serious and most malicious types of killings.

Counsel went on to tell the jury that if they were in doubt in relation to Mr Crawford's intention on the night or if he mistakenly believed he was under threat and had used too much force then the appropriate verdict to return was manslaughter.

Ms Justice Tara Burns will continue charging the jury of 11 men and one woman tomorrow.