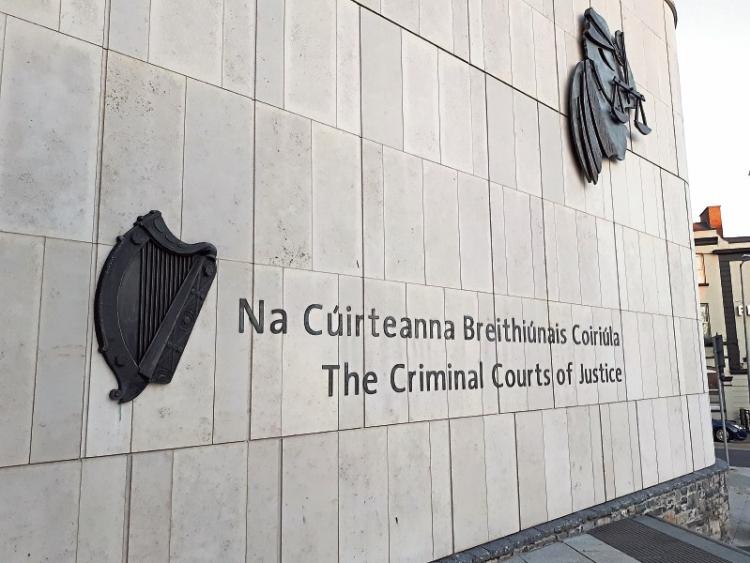 The trial is being heard at the Central Criminal Court

A murder accused asked his wife "what am I after doing to that boy as he was my friend" the day after he allegedly stabbed another man to death in a pub, his trial has heard.

Karen Crawford said her husband had "staggered" down the lane towards her car with "blood dripping from his hands" on the night of the incident and was "really upset".

She testified that he told her that he "needed to get his head straight" before he handed himself into the gardai.

Mrs Crawford was giving evidence this Thursday in the Central Criminal Court trial of Mark Crawford (43), who is charged with murdering Patrick 'Pa' O'Connor (24) at a pub in Limerick city over two years ago.

Mr Crawford, who has an address at Quarry Road, Thomondgate has pleaded not guilty to murdering Mr O'Connor at Fitzgerald's Bar, Sexton Street between July 7 and July 8, 2018.

Giving evidence, Mrs Crawford said that she was in her sister-in-law's house when she got a phone call from her husband on the night of July 7, asking her to collect him from Fitzgerald's Bar.

Mrs Crawford agreed with prosecution counsel John Fitzgerald SC that she told gardai in her statement that the accused "sounded frightened, as if something was going to happen".

Mrs Crawford said she drove to a laneway beside Fitzgerald's Bar and her husband "staggered" down the lane with his hands out in front of him and "blood dripping" from them.

He had nothing in his hands, she said, adding that he was crying and kept saying "Karen, Karen". "I kept asking what happened and he said something bad. I couldn't get a clear answer off him so I was checking [him] for injuries," she added.

Mrs Crawford testified that she asked her husband where they were going and he replied: "drive, drive".

The witness said he had a cut on one hand and she drove him to his sister's house at O'Brien's Bridge in Clare.

"He was going in and out of consciousness so that is why I thought he was injured," she said, adding that she was panicking. The witness said she drove back home after bringing him to his sister's house that night.

The following day, Mrs Crawford said that she went to look for her partner in Birdhill in County Tipperary. "He was really upset and said 'what am I after doing to that boy as he was my friend'," she said.

She agreed with Mr Fitzgerald that she told her husband that he needed "to hand himself in" but he said he "needed to get his head straight".

Mrs Crawford said she then brought the accused to the Abbey Court Hotel in Nenagh.

Under cross-examination, Mrs Crawford told defence counsel Patrick McGrath SC that her husband seemed very upset when she met him on the night of July 7.

She agreed that he said something bad had happened and he was crying. She further agreed that gardai were looking for the accused as he was suspected of having been involved in the incident in the pub.

Mrs Crawford told Mr McGrath that the accused was "walking in a daze" when she picked him up on the side of the road in Nenagh the following day.

He met his mother and family at a service station later that morning and told them that he did not want to bring this on them and said he could not believe he had done it, she said.

Mrs Crawford said she then brought her husband to the garda station and he handed himself in.

Paramedic David Hurley testified that he was notified of a stabbing at Fitzgerald's Bar on July 7 around 11.55pm.

Mr Hurley said he saw a male lying on his back surrounded by a large amount of blood when he arrived at the pub.

He was unconscious and there were wounds to his neck, arm and chest, he said. The witness said he carried out some resuscitation to Mr O'Connor but to no avail.

The jurors spent the afternoon watching various CCTV clips from Fitzgerald's Bar on July 7 and 8, 2018.

In his opening address to the jury on Monday, Mr Fitzgerald said that Mr Crawford is accused of stabbing Mr O'Connor to death in a Limerick bar after a row over payment for cocaine.

The prosecution barrister said the accused man and the deceased had been taking cocaine together on the night and Mr O'Connor was aggrieved that he had paid €100 for cocaine.

The barrister said evidence will be given that the accused admitted stabbing the deceased to gardai but said he had acted in self-defence out of concern he was going to be attacked as he was not from that part of Limerick city.

The trial continues tomorrow before Ms Justice Tara Burns and a jury of 11 men and one woman.

It is expected to last two weeks.