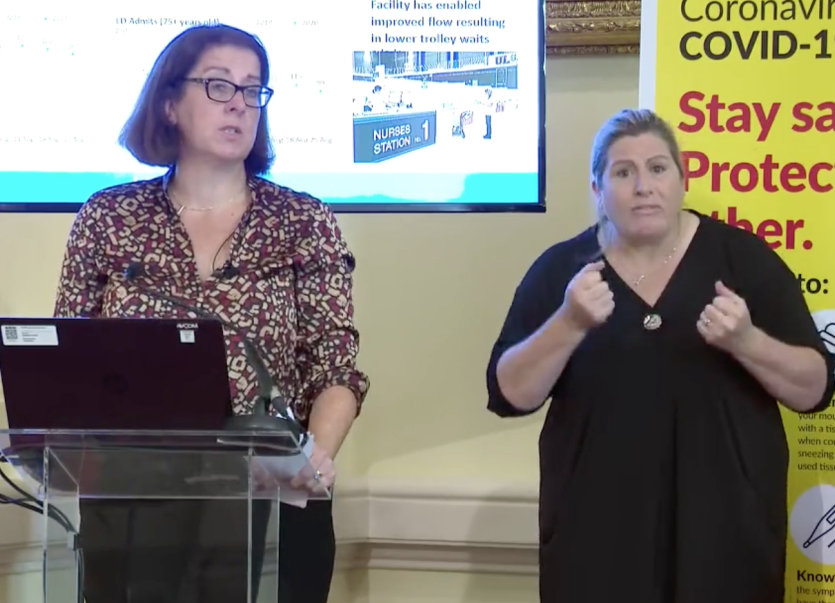 A SENIOR official in the HSE has said that an additional 84 beds at University Hospital Limerick will make a "significant difference" in the region, as the hospital has seen a surge in overcrowding in recent weeks.

This week has been one of the worst weeks in overcrowding for the Dooradoyle hospital since the pandemic began, with close to 200 patients on trolleys this week so far.

There were 59 patients on trolleys in the emergency department and wards at UHL this Thursday, according to figures published by the Irish Nurses and Midwives Organisation.

The HSE's chief operations officer, Anne O'Connor said at a press briefing this Thursday morning that 84 new beds will be added to UHL following the closure of the intermediate care facility at UL’s Sports Arena.

The 68-bed Covid-19 field hospital was set up at UL in response to growing pressure on services in Limerick.

"Obviously, that is a key asset for the University of Limerick. However, within Limerick, we have additional beds coming on stream. We have 24 new beds opening in Limerick in mid-September and a further 60 beds opening before the end of the year," Ms O'Connor said.

It is understood that the new 24-bed project has been operational for a number of weeks already.

"We have been very challenged in the main hospital site in Limerick in terms of the management of trolleys and attendances," she said, adding that there is has been a "spike" in admission and attendances in early August.

"That has been a trend over recent years. We have been consistently trying to address this demand in Limerick, and we have sought to develop additional capacity. Even though Limerick has a very modern, purpose-built emergency department with individual isolation spaces, they have been very challenged."

However, she said that the field hospital at UHL has resulted in lower trolley waits. She said that there were just seven on trolleys on Wednesday morning, versus 42 on the same day last year.

She described it as a "very successful partnership".