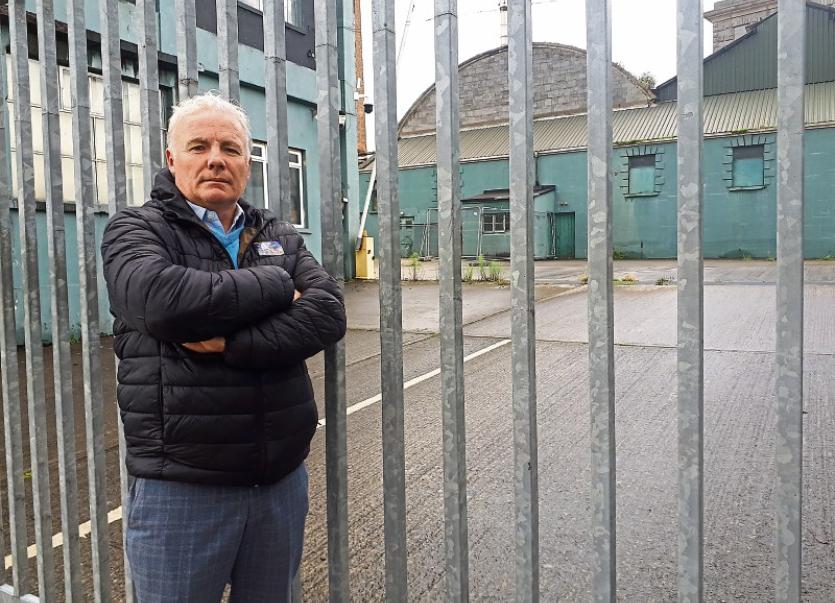 Sinn Fein coucillor John Costelloe pictured outside the former Cleeve’s toffee factory, where he feels a facility for the suicide prevention patrols could be located

Limerick councillor John Costelloe has urged the local authority to act on a motion to provide a base for the city’s suicide prevention patrols.

After the Limerick Leader revealed that Limerick Treaty Suicide Prevention, which alongside Limerick Suicide Watch, provides vital walks along the river bank to those in distress, are seeking permanent homes, the Sinn Fein man recalled a motion he had unanimously passed at a meeting in 2018.

That was instructing the local authority to provide a communal base for the patrol groups.

He suggested the former Cleeves' Toffee Factory at O’Callaghan Strand, which is currently being used as an HSE step-down facility for Covid-19 patients, but before, was largely out of use.

“We have a 12-acre site here idle for many years. The motion was passed with all the councillor’s support, and they’ve sat on their hands the last couple of years and done nothing about it,” he said.

“We need an all-purpose facility to provide a space for the lads. We have something here at our back door which would provide connectivity with the streets, the roads around us, and there’s even space for a helipad if it was required,” he said.

“You see these groups out every night of the week in all weathers. I’ve been let down by the powers that be here. We need some action on this to protect our future generations. We are stuck with this suicide issue, and as we haven’t the facilities, we are leaving our people down. If a motion is not passed, why is it not being acted upon,” he asked.

Limerick Council has been contacted for comment by the Limerick Leader.